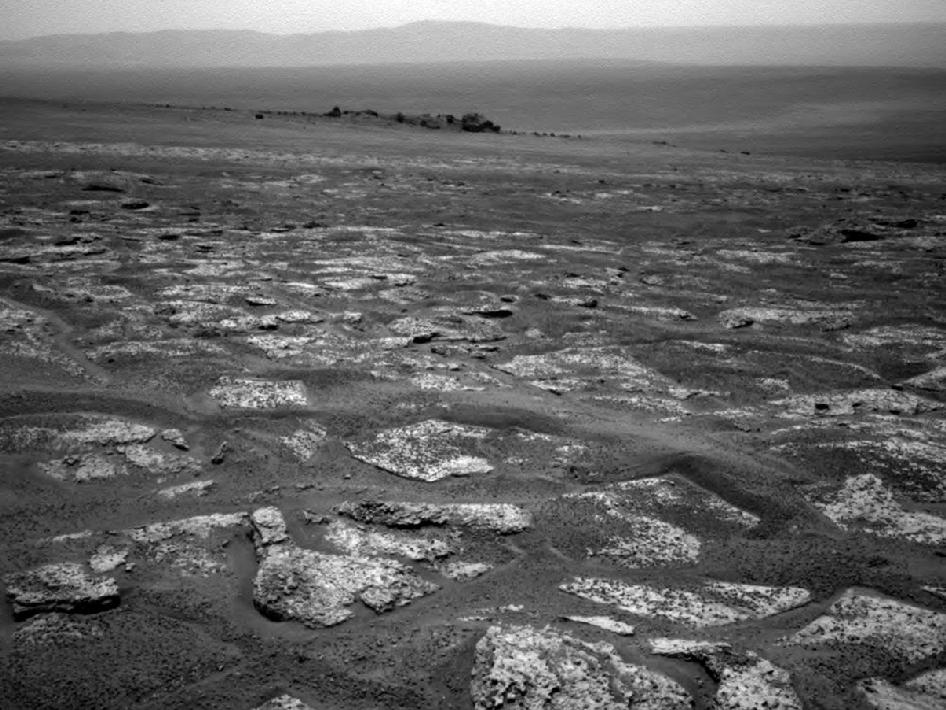 This image from the navigation camera on NASA's Mars Exploration Rover Opportunity shows the view ahead on the day before the rover reached the rim of Endeavour crater. It was taken during the 2,680th Martian day, or sol, of the rover's work on Mars.

It is one of 309 images included in a video record of Opportunity's three-year journey of more than 13 miles (21 kilometers) to reach Endeavour from its last previous major destination, Victoria crater.