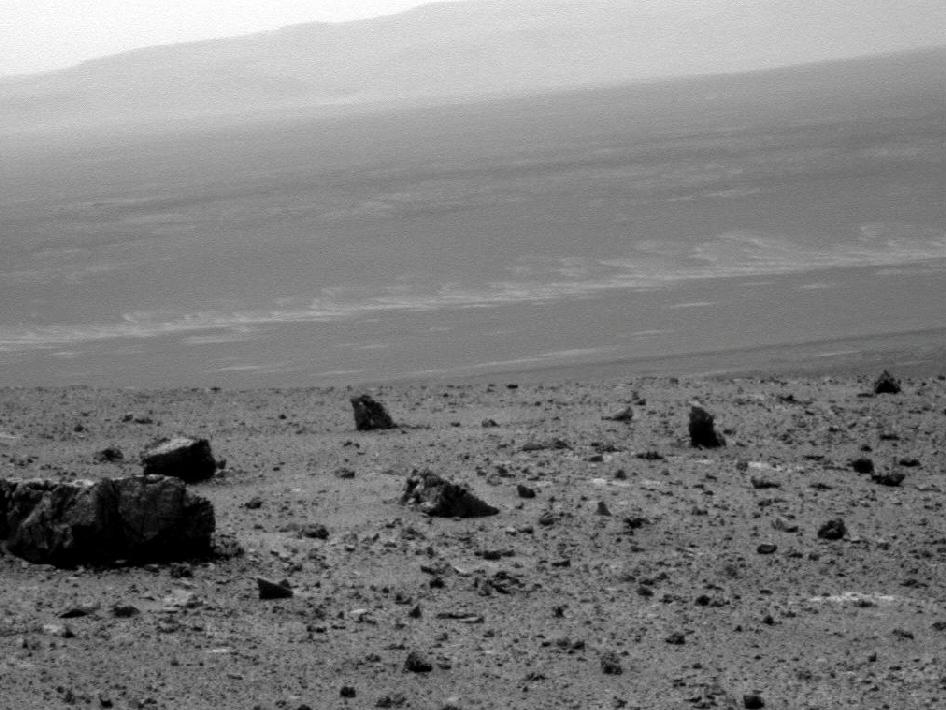 Opportunity had arrived at the western rim of 13-mile-diameter (21-kilometer-diameter) Endeavour crater five days earlier. The distant horizon in this image is a portion of the east-northeastern rim of Endeavour. The large rock on the left in the foreground, informally named "Tisdale 1," is about 30 inches (about 80 centimeters) tall. It is part of a group of rocks that appear to have been ejected by the excavation of Odyssey crater on the rim of Endeavour crater.