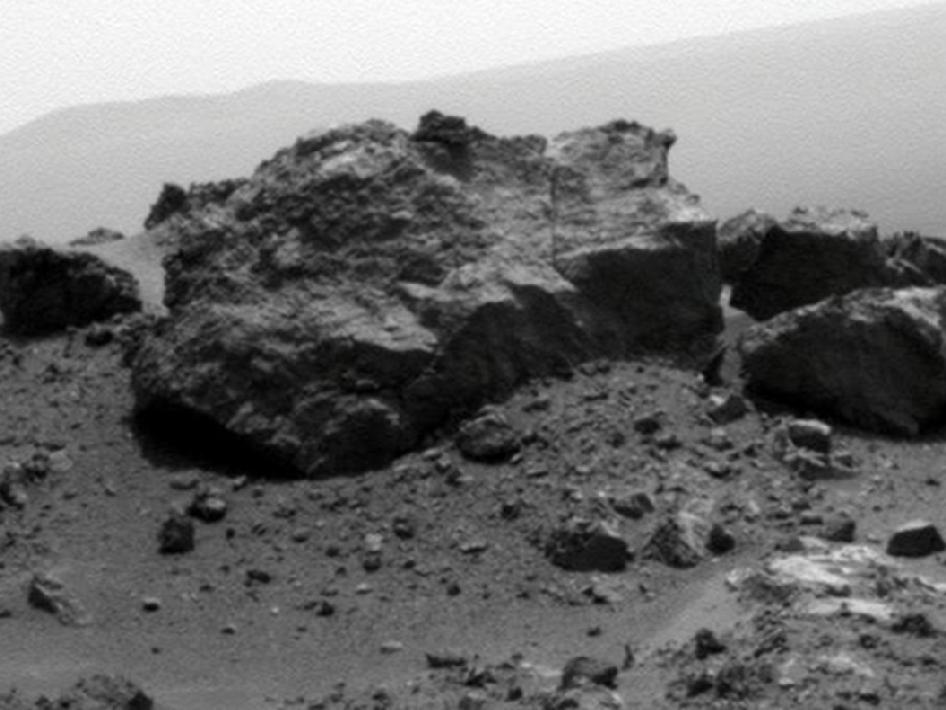 NASA's Mars Exploration Rover Opportunity looked across a small crater on the rim of a much larger crater to capture this raw image from its panoramic camera during the rover's 2,685th Martian day, or sol, of work on Mars (Aug. 13, 2011).

Opportunity had arrived at the western rim of 13-mile-diameter (21-kilometer-diameter) Endeavour crater four days earlier. A portion of the northeastern rim of Endeavour forms the distant horizon in this view. A crater about 66 feet (20 meters) in diameter is on the Endeavour rim near Opportunity's arrival point. From a position south of Odyssey, this view is dominated by a rock informally named "Ridout" on the northeastern rim of Odyssey. The rock is roughly the same size as the rover, which is 4.9 feet (1.5 meters) long.