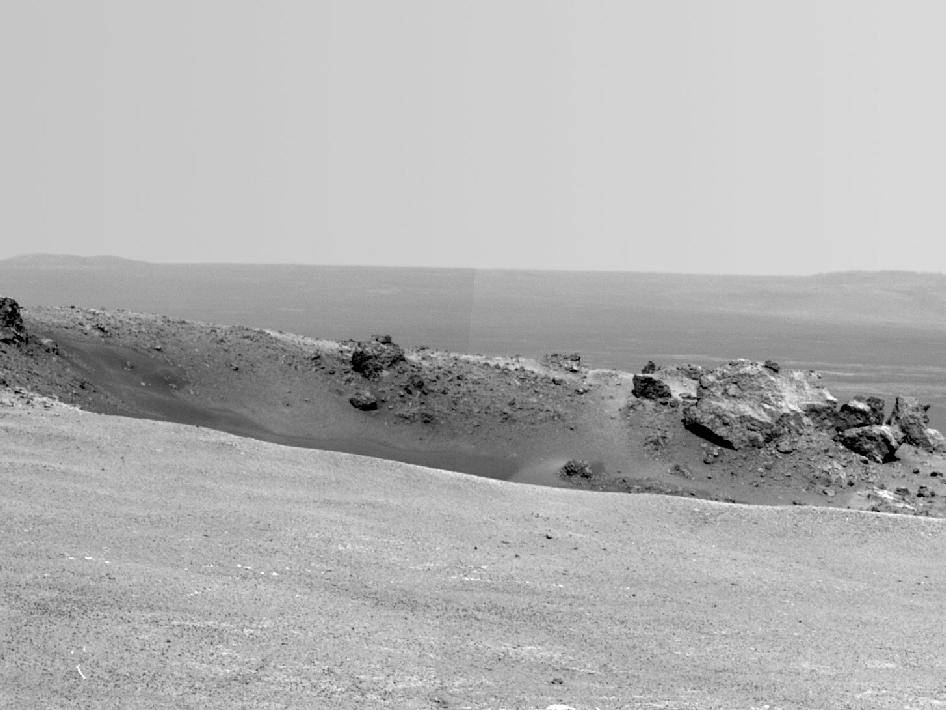 After arrival, Opportunity used its panoramic camera (Pancam) to record the images combined into this mosaic view. The view scene shows the "Spirit Point" area of the rim, including a small crater, "Odyssey" on the rim, and the interior of Endeavour beyond.