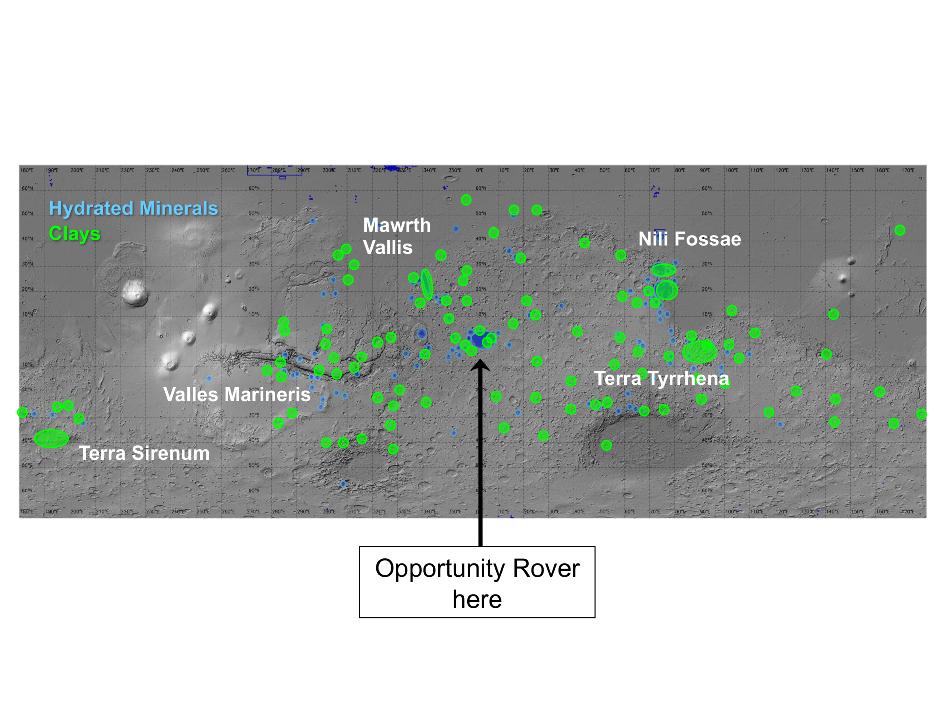 Regions of Mars with Clays and Hydrated Minerals Identified from Orbit

Both clay and sulfate minerals are important for understanding past environmental conditions on Mars.

Observations by these spectrometers identified the hydrated minerals, including clays, after NASA's Mars Exploration Rover Opportunity had landed in January 2004, but the rover is still active, and is now close to exposures seen from orbit of each of these types of minerals.

The base map is shaded topography based on data from the Mars Orbiter Laser Altimeter on NASA's Mars Global Surveyor orbiter.