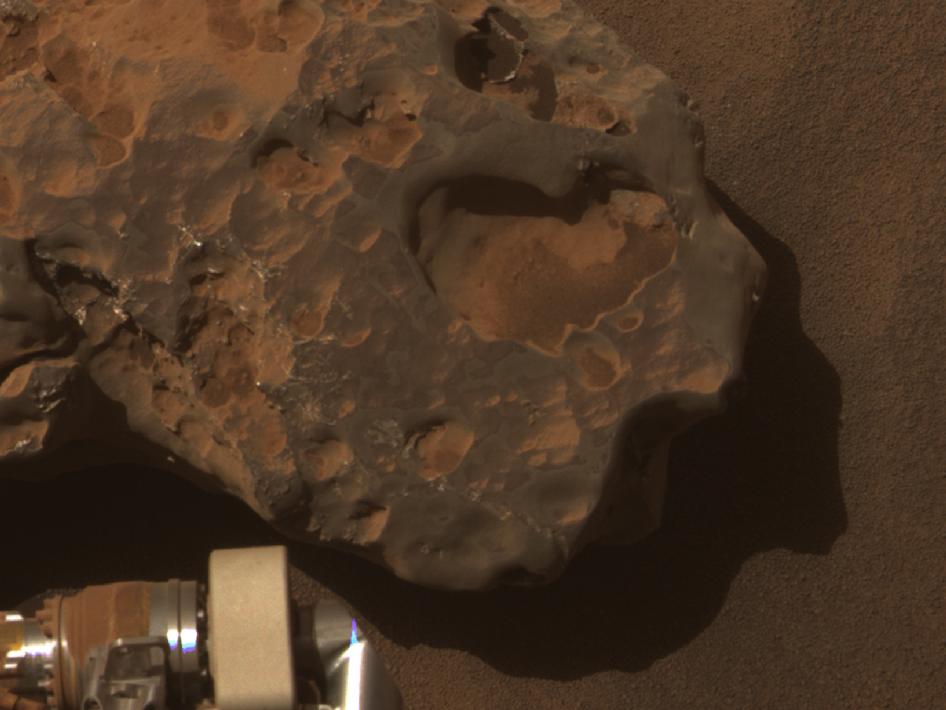 Close-up of a Meteorite - 'Oileán Ruaidh'

This is an image of the meteorite that NASA's Mars Exploration Rover Opportunity found and examined in September 2010.

The science team used two tools on Opportunity's arm -- the microscopic imager and the alpha particle X-ray spectrometer -- to inspect the rock's texture and composition. Information from the spectrometer confirmed that the rock is a nickel-iron meteorite. The team informally named the rock "Oileán Ruaidh" (pronounced ay-lan ruah), which is the Gaelic name for an island off the coast of northwestern Ireland.

Opportunity departed Oileán Ruaidh and resumed its journey toward the mission's long-term destination, Endeavour Crater, on Sol 2374 (Sept. 28, 2010) with a drive of about 100 meters (328 feet).