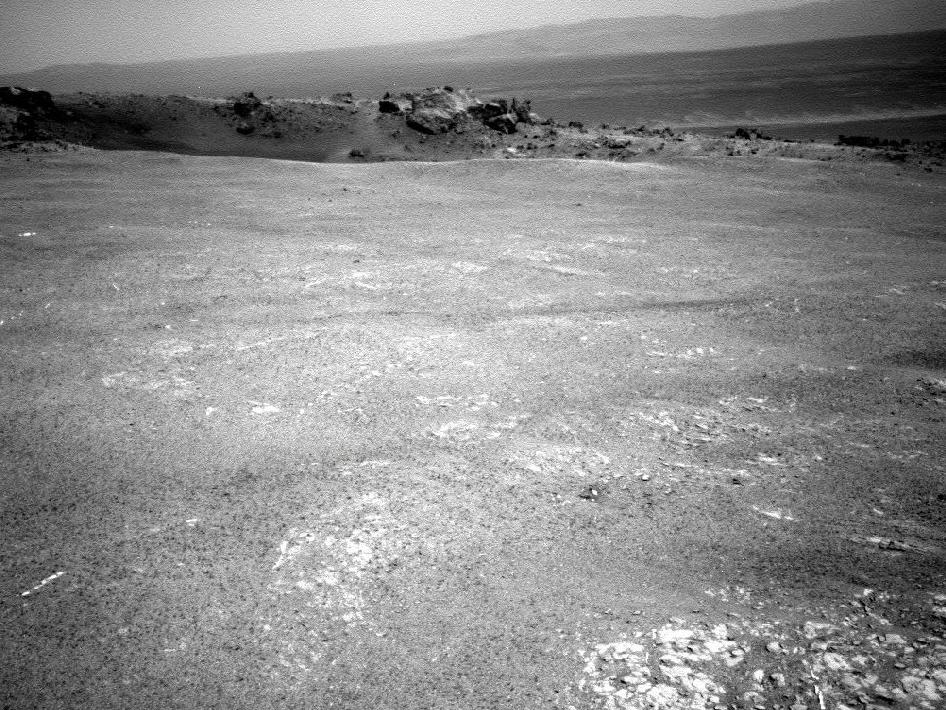 After arrival, Opportunity used its panoramic camera (Pancam) to record the images combined into this mosaic view. The view scene shows the "Spirit Point" area of the rim, including a small crater, "Odyssey" on the rim, and the interior of Endeavour beyond.

Endeavour crater is about 14 miles (22 kilometers) in diameter and may expose geological records older than any Opportunity has seen in the rovers 90 months on Mars.