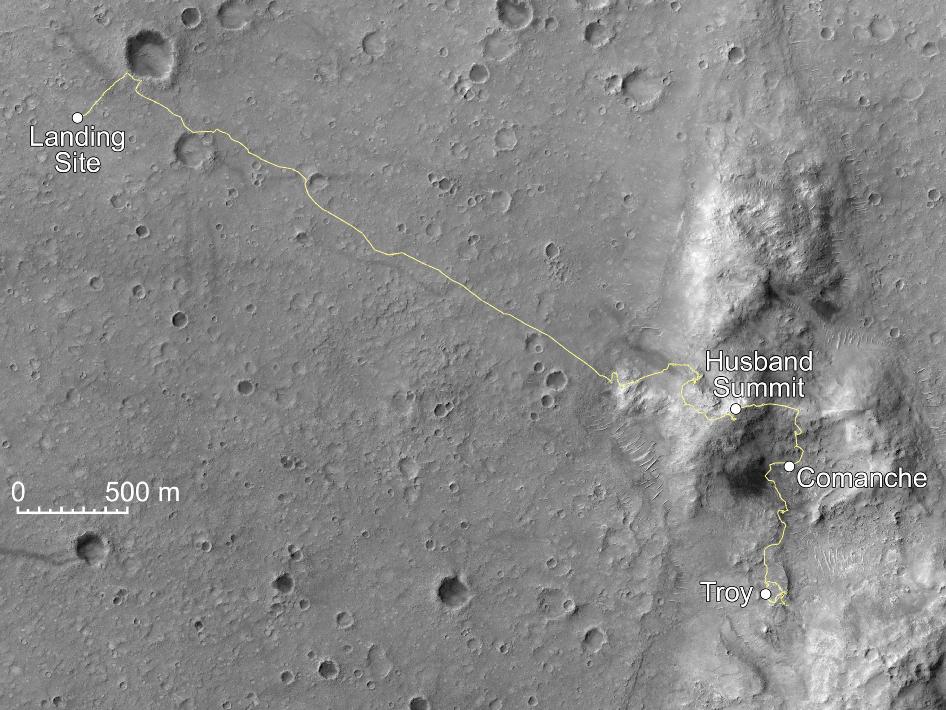 NASA's Mars Rover Spirit began its Mars exploration at its landing site in January 2004. As of early June, 2010, the rover has been at a sand-trap location called "Troy" for more than a year, next to the western edge of a low plateau, Home Plate. In December 2005, Spirit inspected an outcrop called "Comanche" during the rover's descent from the summit of Husband Hill toward Home Plate. Lengthy detective work using data that Spirit's three spectrometers collected there yielded a June 2010 report that Comanche contains a high concentration of carbonate, indicating that a past environment at this location was wet and non-acidic, possibly favorable to life. The locations of the landing site, Husband summit, Comanche and Troy, along a yellow line tracing Spirit's route, are shown here on a portion of an image taken by the High Resolution Imaging Science Experiment on NASA's Mars Reconnaissance Orbiter on Nov. 22, 2006. Other image products from that observation are available at http://hirise.lpl.arizona.edu/PSP_001513_1655. The scale bar on this map is 500 meters (1,640 feet) long. North is up. Image Credit: NASA/JPL-Caltech/UA/Cornell/NM Museum of Natural History and Science