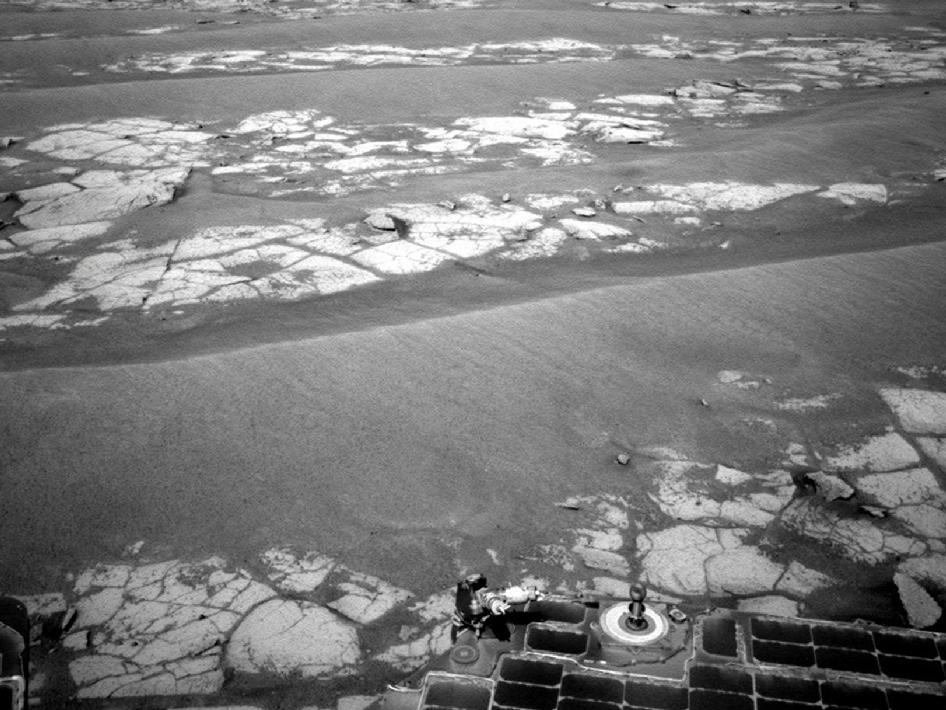 View from Halfway Through Multi-Year Trek

NASA's Mars Exploration Rover Opportunity used its navigation camera to record this view at the end of a 111-meter (364-foot) drive on the 2,353rd Martian day, or sol, of the rover's mission on Mars (Sept. 6, 2010). This sol's drive took Opportunity past the estimated halfway point of the approximately 19-kilometer (11.8-mile) journey from Victoria Crater to the much larger Endeavour Crater.

Opportunity began the trip from Victoria to Endeavour in September 2008 after two years of exploring in and around Victoria. After the rover science team selected Endeavour as the rover's next long-term destination, observations of Endeavour's rim by NASA's Mars Reconnaissance Orbiter revealed the presence of clay minerals. This finding makes the site an even more compelling science destination. Clay minerals, which form exclusively under wet conditions, have been found extensively on Mars from orbit, but have not been examined on the surface.

A portion of the Endeavour rim is visible on the horizon in this image. In the nearer ground, exposures of bright-toned outcrop are visible between crests of darker, wind-sculpted sand ripples.

Opportunity completed its three-month prime mission on Mars in April 2004 and has been operating as an extended mission since then.