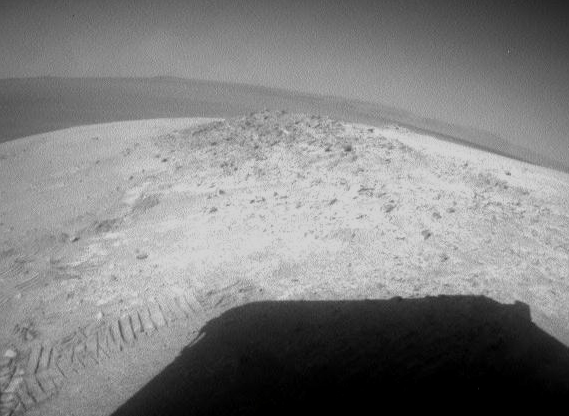 NASA's Mars Exploration Rover Opportunity drove about 12 feet (3.67 meters) on May 8, 2012, after spending 19 weeks working in one place while solar power was too low for driving during the Martian winter. The winter worksite was on the north slope of an outcrop called Greeley Haven. The rover used its rear hazard-avoidance camera after nearly completing the May 8 drive, capturing this view looking back at the Greeley Haven. The dark shape in the foreground is the shadow of Opportunity's solar array. The view is toward the southeast.