Opportunity Gets Ready to Roll 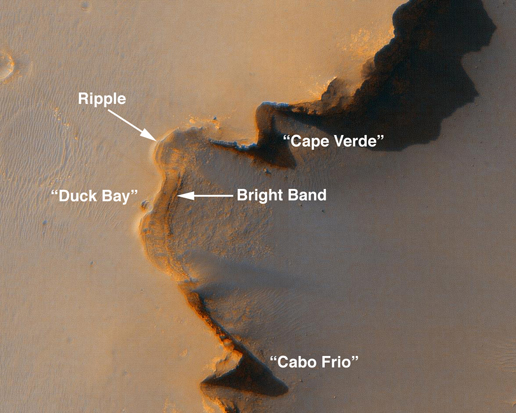 This image shows the site where NASA's Mars Exploration Rover Opportunity will carefully roll down into Victoria Crater on Mars. This particular alcove, nicknamed "Duck Bay," has gradual slopes of about 15 to 20 degrees and exposed bedrock, making it the safest place for the rover to enter the crater. Rover drivers plan to avoid a rippled portion of terrain near the rim of the crater, and to steer Opportunity down the smoothest bedrock with the gentlest slopes.