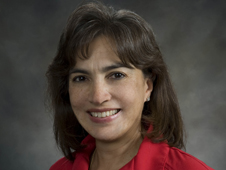 What is your role in the MAVEN mission?

I am the Deputy Project Manager assisting the Project Manager in every aspect necessary to ensure MAVEN stays on budget and schedule and that it meets all established requirements.

I spend a large portion of my days studying the mission schedules, reading risks, attending meetings, reading and writing e-mails, and supporting teleconferences. I try to spend time at the developers’ sites to make sure that I am up to speed on technical aspects so that I can in turn provide adequate information and advice to the Project Manager. In addition, I am responsible for the planetary protection aspects of MAVEN, making sure that we are fulfilling those requirements.

What excites you about your job?

The question should be “what does not excite me about my job?” I love my job! I love working with a very committed team. I believe in the NASA mission. I wanted to work for NASA since I was around 7 years old. There has never been a day when I did not want to come to work. Even when things have been difficult, I always say “if it is not hard, then there is no point in doing it”. NASA is all about tackling the impossible and working to see the impossible become a reality.

What excites you about the MAVEN mission?

For the first time I am working on something that also excites the general public. How cool is to say “I am working on a mission to Mars”! Going to Mars to study how the Martian atmosphere has evolved can help us understand whether there has ever been life on Mars, and whether life as we know could be sustained. Working on a mission that could provide answers to these questions is very, very exciting.

Where did you go to school?

I have always loved science and engineering, ever since I was a little girl. I was always taking things apart to see how they worked. I was always curious and I loved to go to school. Learning was to me like food and water. After I saw the Apollo 11 landing on the moon, I knew I wanted to work for NASA some day. I had no idea how since I was not even born in the U.S. My mother just told me to work hard and put my mind to it and the rest would happen if it was meant to be. Just to put some things in context, my mother was a single parent working 3 jobs to support us. I had to start working when I was 11 to help her pay for things. I was pretty much left alone taking care of my brother since I was 9 years old. I learned to be resourceful and independent at a very young age. In between, I went to school, did my homework, did well and promised myself that I would try to not repeat history. My mom is my hero. She taught me the value of working for what you want.

How did you come to work for NASA?

After I graduated from George Mason University, I went to a job fair where I interviewed with a representative from Engineering and Economics Research (EER) Inc. The individual asked me to come to their offices in Laurel for a follow-up interview. I was hired on the spot and began working for him the following Monday after the interview. I was excited because, even though it was a NASA contractor, I was finally fulfilling my childhood dream to work for NASA. I worked at EER for about 3 years. I was later hired as a civil servant to work on the Satellite Servicing Project. This time I was extremely excited because I had finally landed at NASA. I have had many positions during my career at NASA. All of the positions have been very exciting, one position always leading to another and building on each other.

What do you like to do outside of work?

I like to spend time with my family, my husband, my two sons and my mom. I love cooking and my family loves to eat. I have been thinking about doing something food related after retirement. I also like reading, hot yoga, ERGing (I compete on rowing machines), and I follow my kids and my husband to their rowing events. Nancy N. Jones
NASA's Goddard Space Flight Center, Greenbelt, Md.
› Back To Top