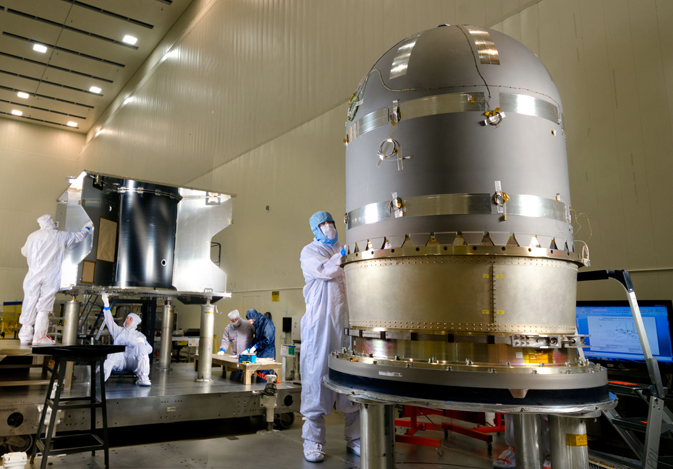 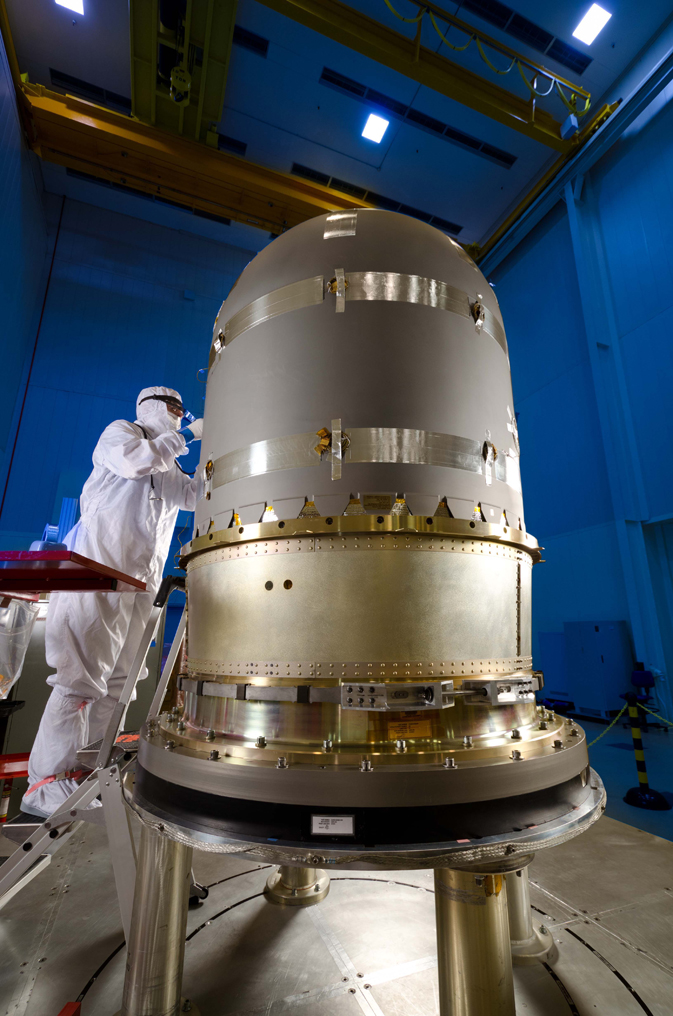 The tank was built by ATK Aerospace Group at its facility in Commerce, Calif. The primary structure in the background is cube shaped at 7.5 feet x 7.5 feet x 6.5 feet high. Built out of composite panels comprised of aluminum honeycomb sandwiched between graphite composite face sheets, the entire structure only weighs 275 pounds. MAVEN is scheduled to launch in November 2013 and will be the first mission devoted to understanding the Martian upper atmosphere. (Credit: Lockheed Martin)
› Larger image 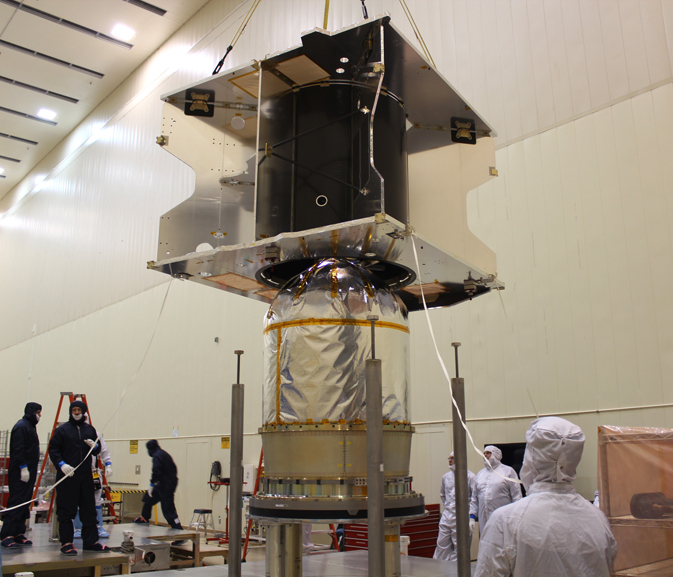 The MAVEN spacecraft core structure is successfully lowered and mated to the hydrazine propulsion tank and boat tail assembly at Lockheed Martin, Denver, Colo. (Credit: Lockheed Martin)
› Larger image
The goal of the Mars Atmosphere And Volatile EvolutioN (MAVEN) program is to determine the role that loss of atmospheric gas to space played in changing the Martian climate through time. MAVEN will determine how much of the Martian atmosphere has been lost over time by measuring the current rate of escape to space and gathering enough information about the relevant processes to allow extrapolation backward in time.

MAVEN's principal investigator is based at the University of Colorado at Boulder's Laboratory for Atmospheric and Space Physics. The university will provide science operations, build instruments, and lead Education/Public Outreach. NASA Goddard Space Flight Center in Greenbelt, Maryland, will manage the MAVEN mission and provide instruments. Lockheed Martin of Littleton, Colo., will build the spacecraft and perform mission operations. The University of California-Berkeley Space Sciences Laboratory will build instruments for the mission. NASA’s Jet Propulsion Laboratory, Pasadena, Calif., will provide Program management via the Mars Program Office, as well as navigation support, the Deep Space Network, and the Electra telecommunications relay hardware and operations.
› Back To Top