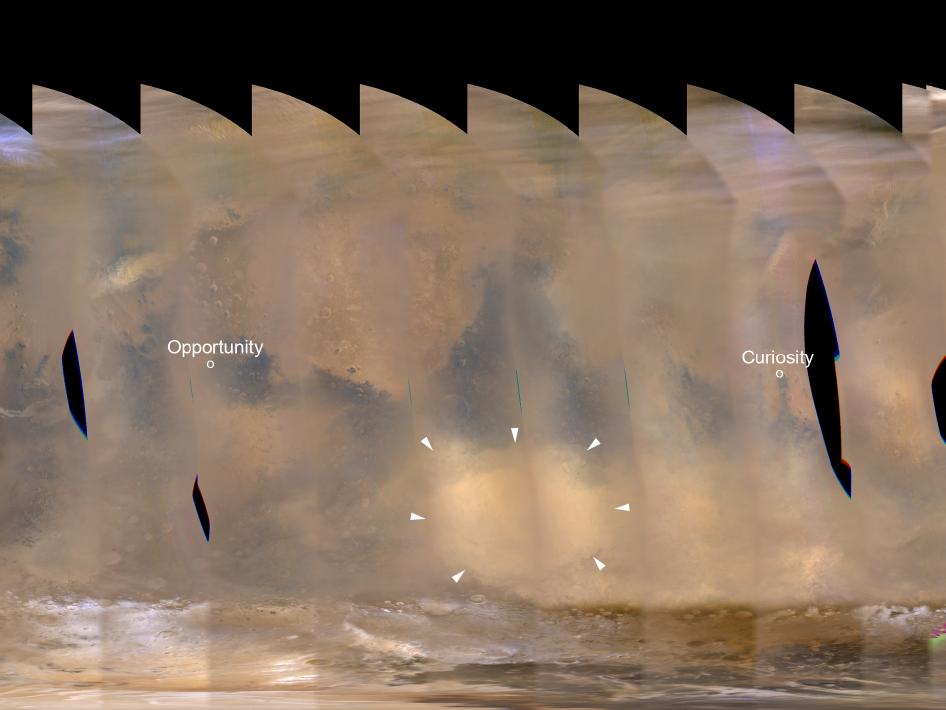 A regional dust storm visible in the southern hemisphere of Mars in this nearly global mosaic of observations made by the Mars Color Imager on NASA's Mars Reconnaissance Orbiter on Nov. 25, 2012, has contracted from its size a week earlier .

Small white arrows outline the area where dust from the storm is apparent in the atmosphere. Locations of NASA's Mars rovers Opportunity and Curiosity are labeled. A newer, smaller dust storm is visible northwest of Opportunity.

Black areas in the mosaic are the result of data drops or high angle roll maneuvers by the orbiter that limit the camera's view of the planet. Equally-spaced blurry areas that run from south-to-north (bottom-to-top) result from the high off-nadir viewing geometry, a product of the spacecraft's low-orbit.