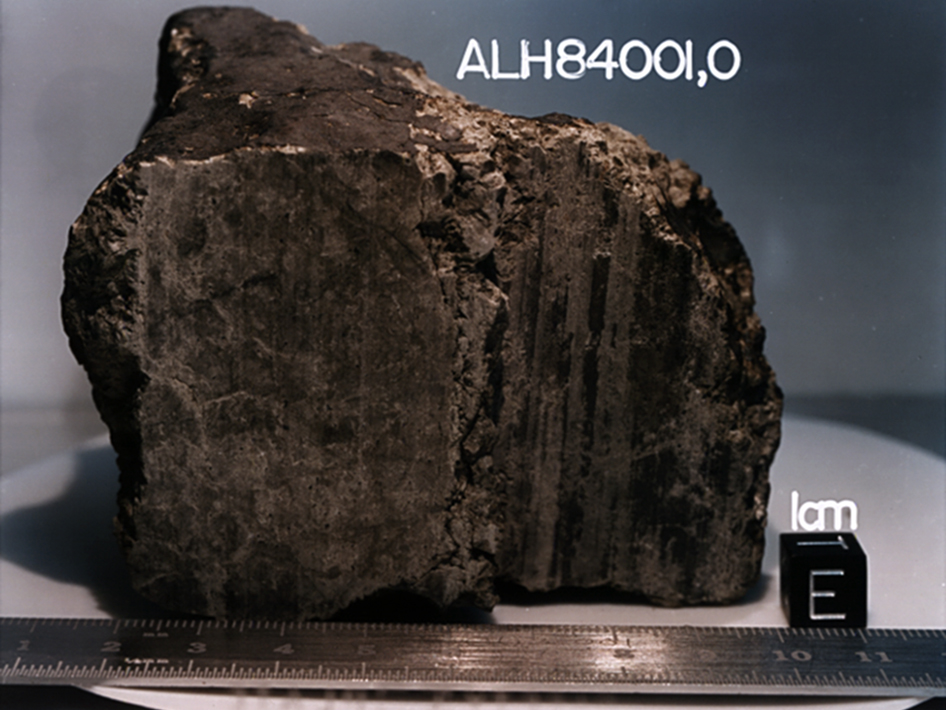 This same meteorite, ALH84001, was earlier the subject of analysis that led to a report that it might contain fossils from Mars. That claim was subsequently strongly challenged. The rock is a portion of a meteorite that was dislodged from Mars by a huge impact about 16 million years ago and that fell to Earth in Antarctica approximately 13,000 years ago. The meteorite was found in Allan Hills ice field, Antarctica, by an annual expedition of the National Science Foundation's Antarctic Meteorite Program in 1984. It is preserved for study at the Johnson Space Center's Meteorite Processing Laboratory in Houston.

The rock is about 3.5 inches (9 centimeters) across.