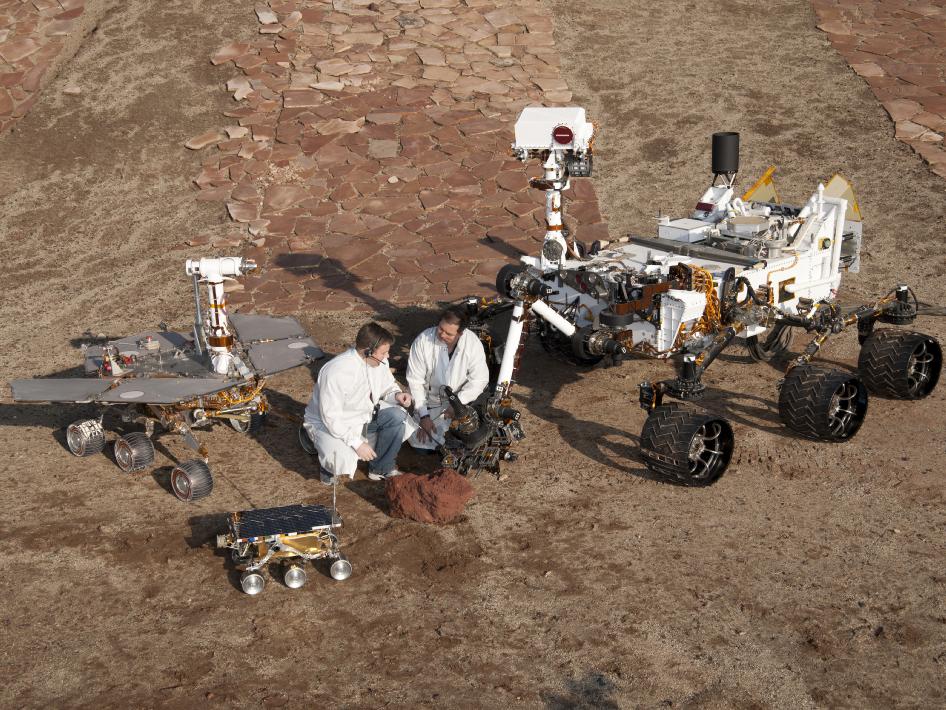 Front and center is the flight spare for the first Mars rover, Sojourner, which landed on Mars in 1997 as part of the Mars Pathfinder Project. On the left is a Mars Exploration Rover Project test rover that is a working sibling to Spirit and Opportunity, which landed on Mars in 2004. On the right is a Mars Science Laboratory test rover the size of that project's Mars rover, Curiosity, which is on course for landing on Mars in August 2012.

The engineers are JPL's Matt Robinson, left, and Wesley Kuykendall. The California Institute of Technology, in Pasadena, operates JPL for NASA.