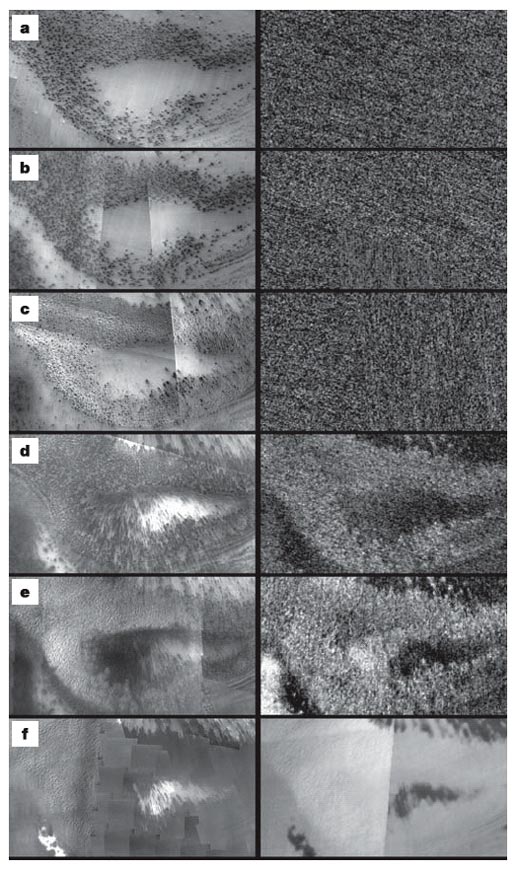 As winter turns to spring at the south polar ice cap of Mars, the rising sun reveals dark spots and fans emerging from the cold polar night. Using visual images (left) and temperature data (right) from the Thermal Emission Imaging system on NASA's Mars Odyssey orbiter, scientists have built a new model for the origin of the dark markings. Scientists propose the markings come from dark sand and dust strewn by high-speed jets of carbon-dioxide gas. These erupt from under a layer of carbon-dioxide ice that forms each Martian winter.