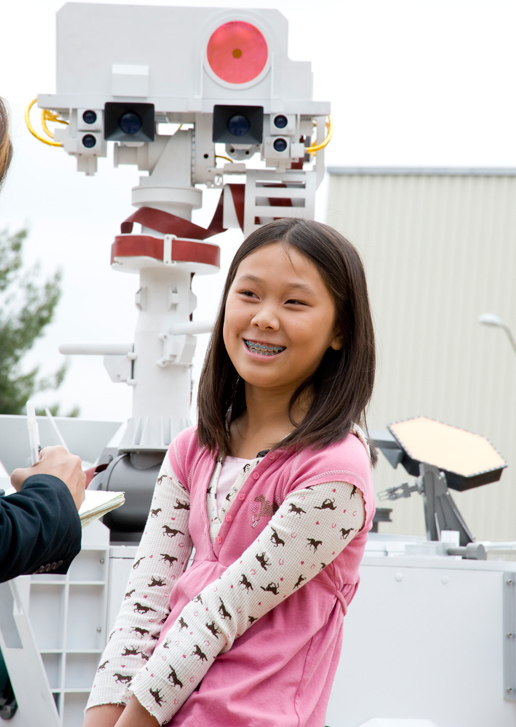 Clara Ma, 12, of Lenexa, Kans., submitted an essay that won a national contest for naming the rover of NASA's Mars Science Laboratory mission. The rover has been named Curiosity, as this sixth-grader from Sunflower Elementary School proposed in the essay she wrote in January 2009.

Ma visited NASA's Jet Propulsion Laboratory in Pasadena, Calif., on June 8, 2009, and is seen here in JPL's Mars Yard with a full-scale model of Curiosity.