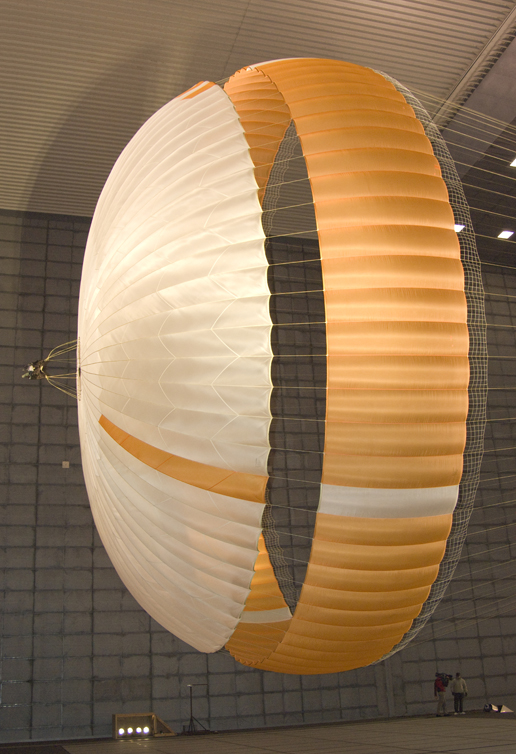 The parachute for NASA's Mars Science Laboratory mission opens to a diameter of nearly 16 meters (51 feet).

The Mars Science Laboratory will be launched in 2011 for a landing on Mars in 2012. Its parachute is the largest ever built to fly on an extraterrestrial mission.

The parachute uses a configuration called disk-gap-band, with 80 suspension lines. Most of the orange and white fabric is nylon, though a small disk of heavier polyester is used near the vent in the apex of the canopy due to higher stresses there.