Radar Slice Through Subsurface of Equatorial Deposits on Mars 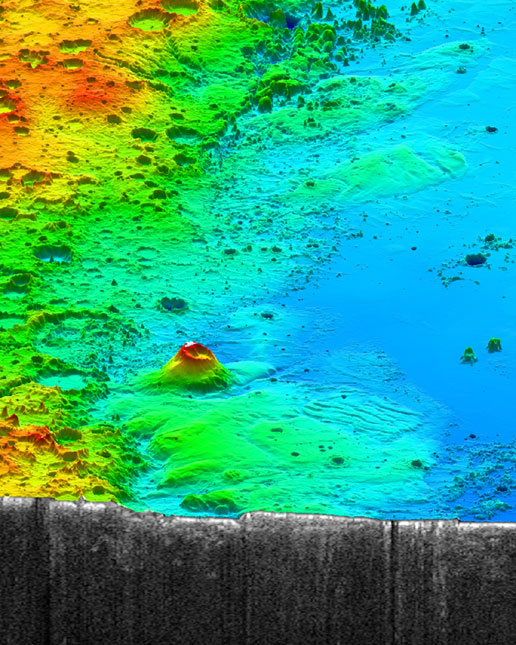 The westward-looking view includes the divide between Martian highlands on the south and lowlands on the north, spanning a range from about 12 degrees south latitude (left edge of image) to 5 degrees north latitude (right edge of image). The deposits of the Medusae Fossae Formation are found in the lowlands along the divide, in the center foreground. The radar sounder on the European Space Agency's Mars Express orbiter has revealed echoes from what is interpreted as a boundary between the overlying deposits and underlying lowland plains buried by these deposits.

The radar information presented here is from downward-looking radar observations by the Mars Advanced Radar for Subsurface and Ionospheric Sounding (MARSIS, jointly funded by NASA and the Italian Space Agency) as Mars Express flew a south-to-north path at about 188 degrees east longitude. The topographic map, using 1990s data from the Mars Orbiter Laser Altimeter instrument on NASA's Mars Global Surveyor orbiter, extends from that transect to about 135 degrees east longitude.

NASA's Jet Propulsion Laboratory manages NASA's roles in Mars Express for the NASA Science Mission Directorate, Washington. JPL is a division of the California Institute of Technology, in Pasadena.