Countdown 101
Follow along with the countdown! The NASA Launch Blog is the only place online to get latest-breaking launch information directly from Kennedy Space Center in Florida. Live countdown coverage will begin about six hours prior to launch and will conclude about 10 minutes after liftoff, when orbit insertion is complete. Coverage includes frequent updates on the countdown status and videos of key events. 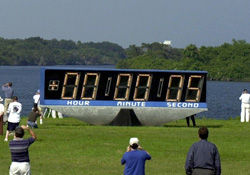 The Countdown Clock is one of the most-watched timepieces in the world. On this page, you'll learn how the countdown operates, and what milestones to watch for during our Live Launch Coverage.

Image to left: Spectators gather on the grounds in front of the countdown clock during a Space Shuttle launch. Credit: NASA

Here are some of the key events that take place at each milestone after the countdown begins. Note: Event times and lengths are approximate and subject to change. 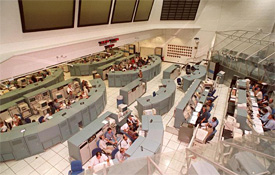 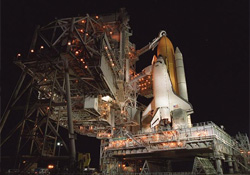 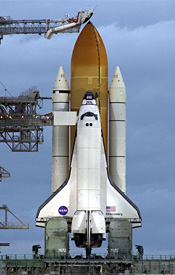 Image to right: Space Shuttle Discovery waits to launch on mission STS-103. At the top is the External Tank gaseous oxygen vent arm system with the vent hood (sometimes called the "beanie cap") poised above the External Tank. Extending toward the cabin of the orbiter below is the orbiter access arm, with the White Room at the end. Credit: NASA 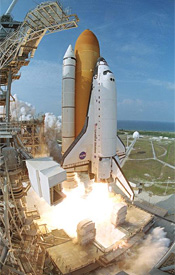