Kepler experienced a safe mode event on Nov. 18, 2009. A safe mode is a self-protective measure that the spacecraft takes when something unexpected occurs. During safe mode, the spacecraft points the solar panels directly at the sun and begins to slowly rotate about a sun-aligned axis. The spacecraft automatically powers off the photometer and one redundant subsystem as a safety precaution. Engineers immediately began telemetry analysis to determine spacecraft subsystem health, and root cause determination of the malfunction. This safe mode occurred when the team was preparing to download another month of scientific data from Kepler. The scientific data was not in danger and was downloaded successfully, via the NASA Deep Space Network, on Nov. 19, 2009. Engineers verified nominal performance of all of Kepler's systems and successfully recovered the vehicle from safe mode. Science data collection was resumed by the evening of November 20.

This was the third safe mode Kepler has experienced since operations began on May 12, 2009. This safing event occurred during a planned break in science data collection, causing a minimal delay in return to science operations. The Kepler engineers budget for the potential loss of up to 12 days of science per year from safing events. While Kepler continues its next 30 days of science data collection, engineers will pour over data to determine the cause of the malfunction. The next download of science data is scheduled for mid-December 2009. 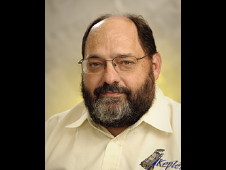 I joined the Kepler team in the spring of 2000. The team had just made the playoffs, if you will. It was one of three finalists from a group of a couple dozen that submitted proposals to become a full-fledged NASA mission. Over that spring and summer we fleshed out the mission details and were eventually awarded the prize of being selected for flight! Kepler was actually the second planet-finding proposal I worked on. Ten years earlier I had worked on a proposal for a Space Station based telescope using a different technique. Back then Kepler (or rather its precursor) was our competitor!

I think one of the things that really excites me about Kepler is the simplicity of the concept. It’s easy to understand, and to explain to friends and family. It’s the kind of thing you can explain to your barber.

I’ve been fortunate enough to have worked at NASA’s Ames Research Center for 30 years now, having cut my teeth on another exciting mission, the Galileo Jupiter Probe. There is always great competition for the funding for a space flight mission, so I count myself lucky to have worked on two of them that have come to fruition.

Over the course of my nine years on the Kepler project, I’ve filled a number of different positions, including overseeing the development of the Photometer, the single instrument on the spacecraft, and serving as the technical monitor for most of the Government contracts let on this mission. Now that the telescope is flying and returning data, my role as Chief Engineer is primarily to draw upon my experience in development and to act as an independent technical expert to ensure the operations team doesn’t let anything fall through the cracks. We have an exceptional team of talented people, but sometimes an independent view of things is useful.

I expect wonderful things from this mission!