Roger Hunter, Kepler-Ames Mission Manager Kepler is approximately 18 million kilometers (11 million miles) from Earth, and continuing its drift-away orbit. All systems are operating normally. Last week, the Kepler project team completed another download of science data, and, in conjunction, a quarterly roll of the spacecraft.

About every 90 days, the team needs to roll the spacecraft about its line-of-sight, to realign the solar panels to the sun for the next season. Unlike the Earth, Kepler does not spin about its axis, so if we do not roll it occasionally, it would show a different side to the sun as it completes its orbit. We perform this maneuver four times a year, hence it is referred to as a quarterly roll.

Last week's operation was the second quarterly roll for Kepler since start of mission. The process began with the pausing of science data collection. The team then then turned the spacecraft so the main antenna pointed toward the Earth. After locking up on the Kepler high-gain antenna with the NASA Deep Space Network, the team downloaded all the data acquired over the previous month. After completion of the science data download, the team uploaded a few parameters and commands, and then turned the spacecraft back to the monitored star-field, but this time with the whole spacecraft rotated 90 degrees from where it was at the start.

After some calibration, data was taken and science observations began again for the next month's set of data. This whole process took only 41 hours, part of which is spent checking on pointing alignment and ensuring the spacecraft is thermally stable after these maneuvers. This data download was about 93 gigabits in size.

The science data are now in the hands of the Kepler Science Operations Center at NASA’s Ames Research Center, Moffett Field, Calif., where scientists and engineers are engaged in detailed analysis. The next scheduled science data download is October 17-18.

Editor’s note: The first set of Kepler information is now available to the public at The Multimission Archive at STScI (MAST) and may be viewed at:


MAST supports a variety of astronomical data archives, with a primary focus on scientifically related data sets in the optical, ultraviolet, and near-infrared parts of the spectrum. See http://archive.stsci.edu/missions.html for a full list of the mission, survey, and catalog data distributed by MAST. MAST is a component of NASA's distributed Space Science Data Services (SSDS). 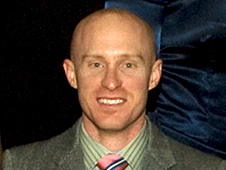 Why I joined the Kepler Team
Not many people can say they work on a team tasked with searching for Earth-size planets. I feel blessed to have the opportunity to work on the Kepler mission, with such a diverse and talented group, thrilled to discover other worlds that could be like our own.

Background
Prior to beginning his federal service at Ames Research Center, Justin completed a degree in Management Information Systems at Florida International University in Miami, Florida. Following Ames, Justin worked at Kennedy Space Center and Department of Defense at Naval Base Ventura County, Port Hueneme, CA. Justin eventually came full circle and returned to Ames to become the Contracting Officer for Kepler. In 2008, Justin was selected for the Ames Leslie A. Kaufhardt Acquisition Peer Award, recognizing his achievements made, in part, as Contracting Officer of the Kepler Mission. In his spare time, Justin enjoys mountain biking, mountaineering, surfing, snowboarding, traveling and playing on the Ames Kepler-based “Space Cadets” softball team.

Kepler Job Description/Role/Duties
As the Contracting Officer for Kepler, Justin is tasked with negotiation, award and administration of the contracts Ames has with Ball Aerospace and Technologies Corporation (BATC) and Space Telescope Science Institute (STScI) in support of the Kepler mission. Given the uniqueness and complexity of Kepler, there are many project changes; Justin works with the Kepler project technical team and contractor(s) to assure these changes are captured contractually and in the best value for the Government and taxpayer. Justin maintains procurement clarity and guidance for the Kepler project under unique and oftentimes lack of precedent situations.