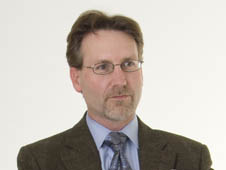 Engineers have determined the cause of Kepler's entry into limited safe mode last week, and are preparing to return the spacecraft to normal operations. In order for Kepler to know where it is in space, and to know where to point its high-gain antenna toward Earth, the spacecraft maintains information about its position, called a state vector, which updates ten times per second. Every few days, navigators on the ground update their knowledge of Kepler's actual orbit, and ground controllers upload a new state vector to the spacecraft. Engineers have concluded that, if the new state vector's start time is a multiple of 1,000 seconds from the start time of the previous vector, a momentary glitch occurs in the calculated spacecraft attitude. Even though this only lasts for one-tenth of a second, the spacecraft senses something it didn't expect and responds by pointing its solar arrays directly at the sun and awaiting further instructions from Earth. It will take a few days to ensure that everything is ready to proceed with commissioning, the next major step being release of the telescope's dust cover.
› Back To Top