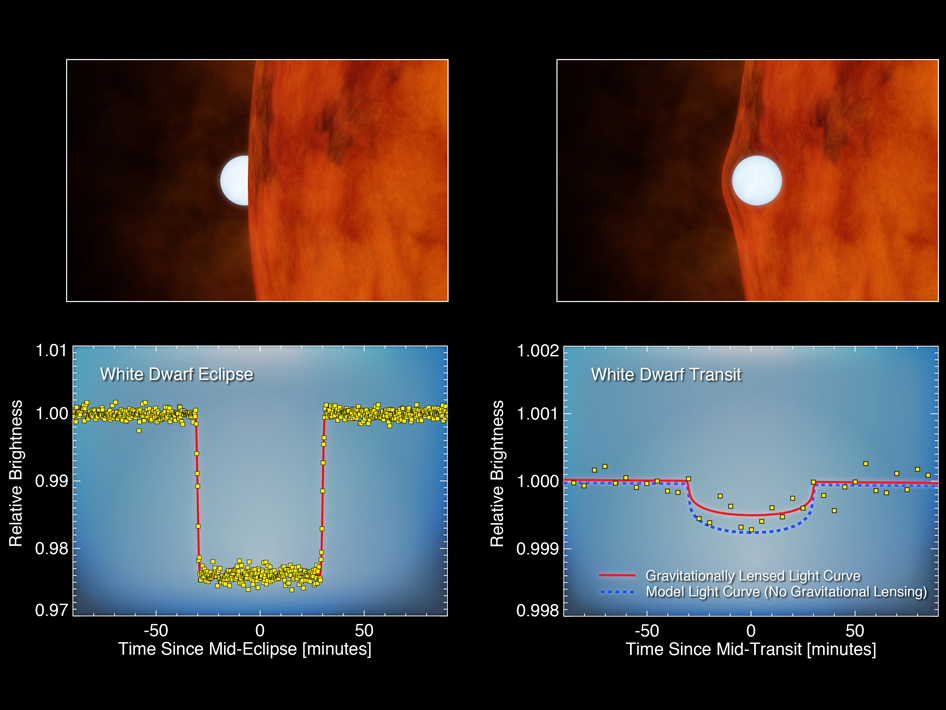 This chart shows data from NASA's Kepler space telescope, which looks for planets by monitoring changes in the brightness of stars. As planets orbit in front of a star, they block the starlight, causing periodic dips. The plot on the left shows data collected by Kepler for a star called KOI-256, which is a small red dwarf. At first, astronomers thought the dip in starlight was due to a large planet passing in front of the star. But certain clues, such as the sharpness of the dip, indicated it was actually a white dwarf -- the dense, heavy remains of a star that was once like our sun. In fact, in the data shown at left, the white dwarf is passing behind the red dwarf, an event referred to as a secondary eclipse. The change in brightness is a result of the total light of the system dropping.