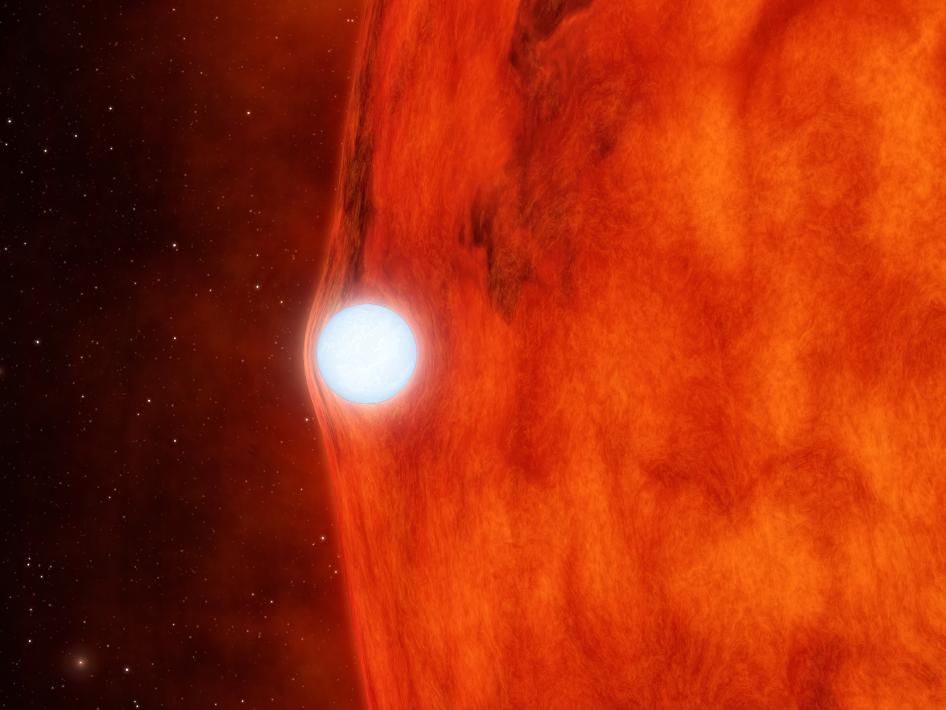 This artist's concept depicts a dense, dead star called a white dwarf crossing in front of a small, red star. The white dwarf's gravity is so great it bends and magnifies light from the red star.

NASA's Kepler space telescope observed this effect in a double-star system called KOI-256 by monitoring changes in the red star's brightness. The red dwarf star is cooler and redder than our yellow sun. Its companion is a white dwarf, the burnt-out core of a star that used to be like our sun. Though the white dwarf is about the same diameter as Earth, 40 times smaller than the red dwarf, it is slightly more massive. The two objects circle around each other, but because the red dwarf is a bit less massive, it technically orbits the white dwarf.

Kepler is designed to look for planets by monitoring the brightness of stars. If planets cross in front of the stars, the starlight will periodically dip. In this case, the passing object turned out to be a white dwarf, not a planet. The finding was serendipitous for astronomers because it allowed them to measure the tiny "gravitational lensing" effect of the white dwarf, a rarely observed phenomenon and a test of Einstein's theory of relativity. These data also helped to precisely measure the white dwarf's mass.