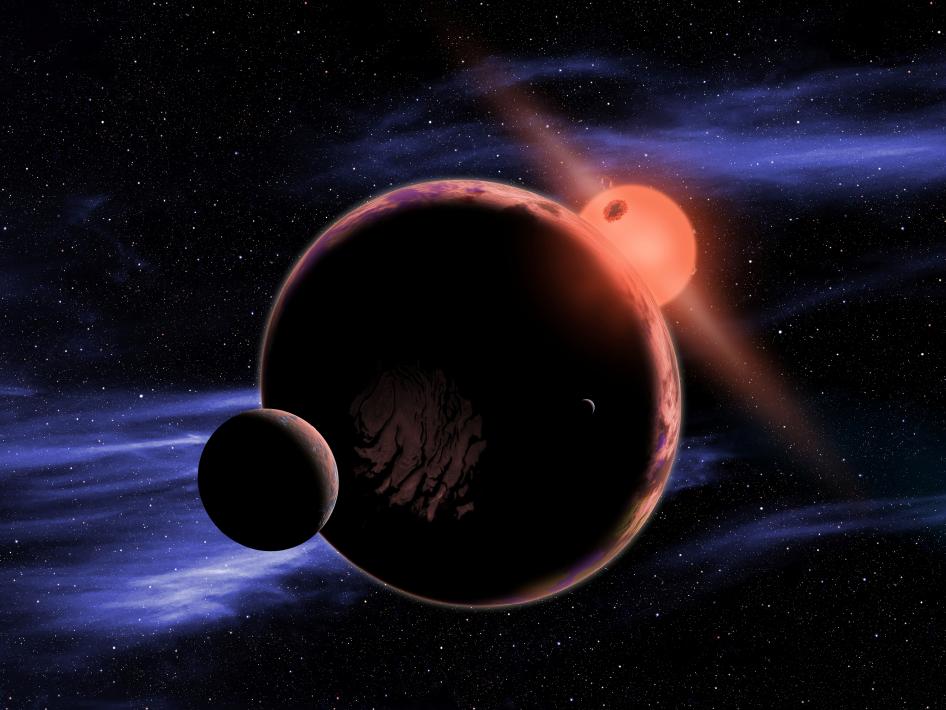 The artist's conception shows a hypothetical planet with two moons orbiting in the habitable zone of a red dwarf star. Using publicly available data from NASA’s Kepler space telescope, astronomers at the Harvard-Smithsonian Center for Astrophysics (CfA) estimate that six percent of red dwarf stars have an Earth-sized planet in the "habitable zone," the range of distances from a star where the surface temperature of an orbiting planet might be suitable for liquid water.

The majority of the sun's closest stellar neighbors are red dwarfs. Researchers now believe that an Earth-size planet with a moderate temperature may be just 13 light-years away.

Astronomers don't know if life could exist on a planet orbiting a red dwarf. However, this finding suggests that the most common type of the star in the galaxy may provide many more cosmic neighborhoods to search for planets that may be like our own.