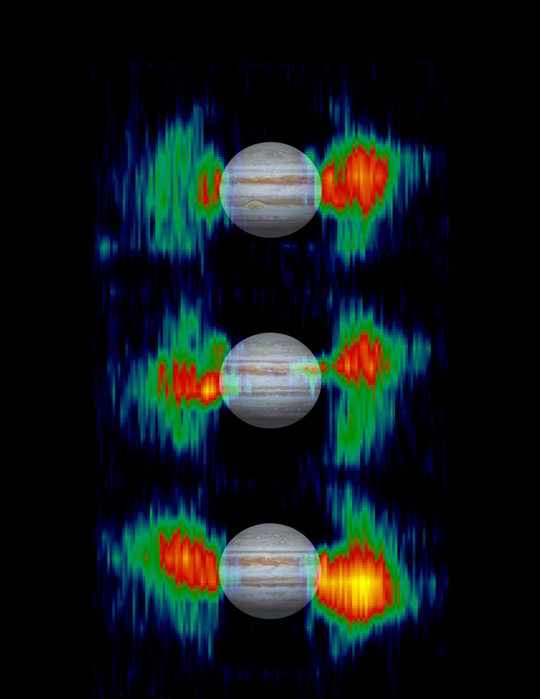 Details in radiation belts close to Jupiter are mapped from measurements that NASA's Cassini spacecraft made of radio emission from high-energy electrons moving at nearly the speed of light within the belts.

The three views show the belts at different points in Jupiter's 10-hour rotation. A picture of Jupiter is superimposed to show the size of the belts relative to the planet. Cassini's radar instrument, operating in a listen-only mode, measured the strength of microwave radio emissions at a frequency of 13.8 gigahertz (13.8 billion cycles per second or 2.2centimeter wavelength). The results indicate the region near Jupiter is one of the harshest radiation environments in the solar system.

The belts appear to wobble as the planet turns because they are controlled by Jupiter's magnetic field, which is tilted in relation to the planet's poles.

For more information about the Saturn-bound Cassini spacecraft and its observations of Jupiter, see the Cassini home page, ›  http://saturn.jpl.nasa.gov .