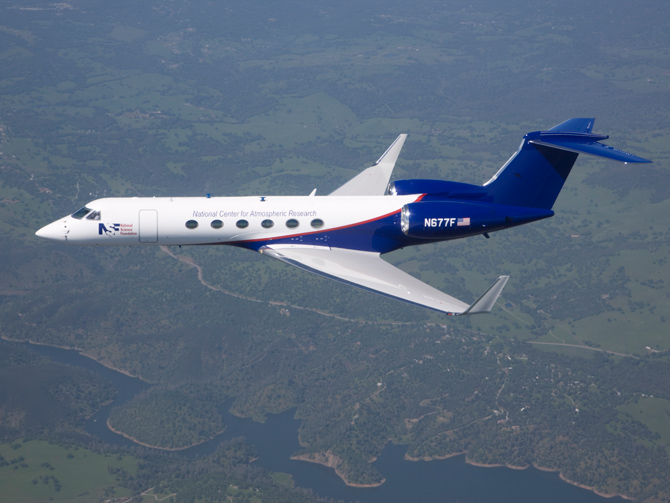 The NSF/NCAR Gulfstream-V (G-V) is the nation's most advanced aircraft for environmental research. The G-V is owned by the National Science Foundation and operated by the National Center for Atmospheric Research.

With a range of 7,000 miles and the capability of carrying 5600 pounds of sensors, this aircraft is on the forefront of scientific discovery. Its range enables scientists to survey remote ocean regions in a single flight to learn more about interactions between the oceans and atmosphere. Capable of flying at altitudes as high as 51,000 feet, the Gulfstream V can collect data at the tops of storms and lower edge of the stratosphere, altitudes out of reach of most research aircraft.

The Gulfstream V made its IceBridge debut with the Antarctic 2011 campaign. It will not be used for the Arctic 2012 campaign.