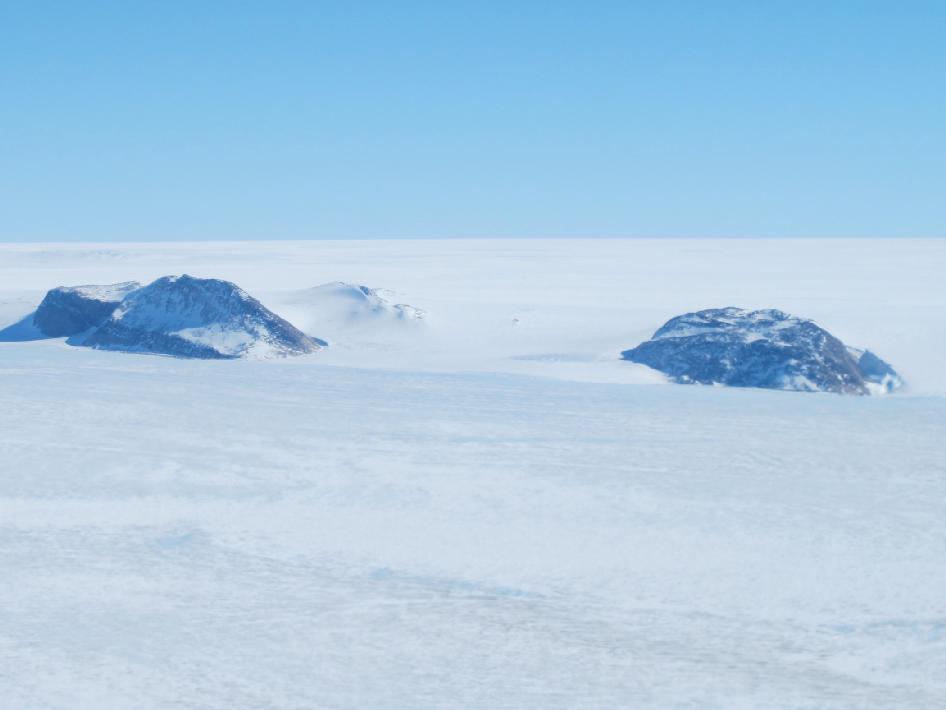 Nunataks in the western portion of the Greenland ice sheet seen from the NASA P-3B during an IceBridge survey of southwestern Greenland on Apr. 8, 2013. Nunataks are areas of exposed rock in an ice sheet such as ridges or mountain peaks. These jagged rock formations are sometimes used as landmarks on an ice sheet. Credit: NASA / Jim Yungel