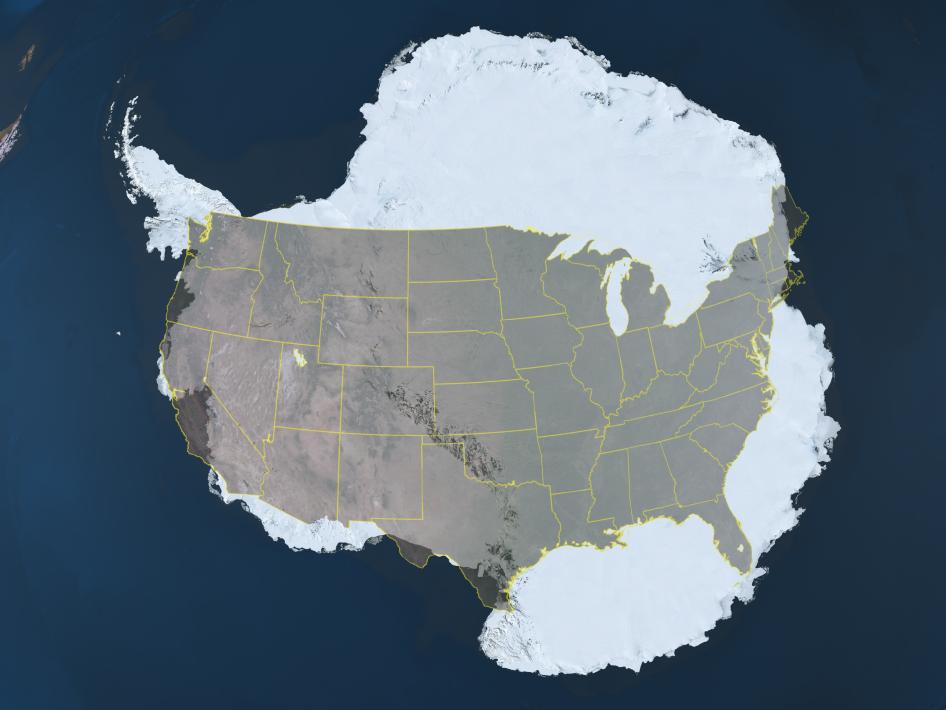 Compare the Size of Antarctica to the Continental United States

In this still image, Antarctica is shown using the Landsat Image Mosaic of Antarctica (LIMA) data with the continental United States overlaid on top for size comparison.

Antarctica is the highest, driest, coldest, windiest and brightest of the seven continents. It is roughly the size of the United States and Mexico combined and is almost completely covered by a layer of ice that averages more than one mile in thickness, but is nearly three miles thick in places. This ice accumulated over millions of years through snowfall. Presently, the Antarctic ice sheet contains 90% of the ice on Earth and would raise sea levels worldwide by over 200 feet were it to melt.