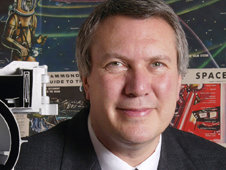 › View larger
David J. McComas David J. McComas is Assistant Vice President of the Space Science and Engineering Division at the Southwest Research Institute in San Antonio, Texas. He is also an Adjoint Professor in the joint University of Texas, San Antonio - Southwest Research Institute (PhD & MS) graduate program in Physics, which he helped to establish in 2004. Dr. McComas received his B.S. Degree in Physics from MIT in 1980 and Ph.D. in Geophysics and Space Physics from UCLA in 1986. Dr. McComas is a Fellow of the American Physical Society (APS), American Geophysical Union (AGU) and the American Association for the Advancement of Science (AAAS) and was awarded AGU’s James B. Macelwane Award for outstanding young scientists in 1993.

Dr. McComas is the Principal Investigator for NASA’s Interstellar Boundary Explorer (IBEX) Mission, the Two Wide-Angle Imaging Neutral-Atom Spectrometers (TWINS) Explorer Mission-of-Opportunity, the Integrated Science Investigation of the Sun (ISIS) on Solar Probe Plus and the Ulysses Solar Wind Observations Over the Poles of the Sun (SWOOPS) Experiment; he is also the lead Co-Investigator for the Solar Wind Electron Proton Alpha Monitor (SWEPAM) instrument on the Advanced Composition Explorer (ACE), the solar wind analyzer for the New Horizons mission to Pluto (SWAP), and the Jovian Auroral Distributions Experiment (JADE) on the Juno spacecraft en route Jupiter.

Dr. McComas currently serves on the NASA Advisory Council Science Committee (NAC-SC) and has previously served on numerous committees and panels for NASA, AGU, the National Academy of Science’s National Research Council, the University of California, Los Alamos National Laboratory, and the State of New Mexico. Dr. McComas has invented a variety of instruments and missions for space applications and holds six patents. He is an author of well over 400 scientific papers in the refereed literature spanning topics in heliospheric, magnetospheric, solar, and planetary science as well as space instrument and mission development. 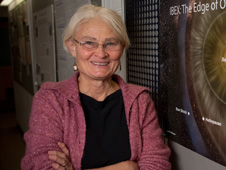 › View larger
Priscilla C. Frisch Priscilla C. Frisch is a Senior Scientist in the Department of Astronomy and Astrophysics at the University of Chicago. Dr. Frisch received her B. A. in Physics in 1966 and her PhD in Astronomy in 1977, both from the University of California at Berkeley. Dr. Frisch is a Co-Investigator on NASA's Interstellar Boundary Explorer(IBEX) Mission. 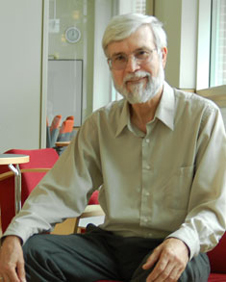 › View larger
Eberhard Möbius Dr. Eberhard Möbius is Professor of Physics at the University of New Hampshire in the Space Science Center of the Institute for the Study of Earth, Oceans and Space and in the Department of Physics, for which he served as Chair 2008 through 2011. He earned his Physics Diploma in 1973 and Dr. rer. nat. in 1977 at the Ruhr-Universität in Bochum, Germany, and then worked as a research scientist at the Max-Planck-Institut für extraterrestrische Physik (MPE) in Garching, until 1990. Currently, Dr. Möbius spends his sabbatical leave as visiting professor in the Space Science and Applications Group of the Los Alamos National Laboratory. He is a Fellow of the American Geophysical Union (AGU), was recognized as Distinguished Professor, and holds the Class of 1940 Professorship at UNH.

Dr. Möbius is Co-Investigator on NASA’s Interstellar Boundary Explorer (IBEX), of the PLasma and Suprathermal Ion Composition (PLASTIC) instrument on the Solar TErrestrial RElations Observatory (STEREO), the Cluster Ion Spectrometry (CIS) investigation, the Charge, Element, and Isotope Analysis System (CELIAS) of the Solar and Heliospheric Observatory (SOHO), and Lead Investigator for the Solar Energetic Particle Ionic Charge Analyzer (SEPICA) on the Advanced Composition Explorer (ACE). In his teaching Dr. Möbius shares exciting discoveries from his research with students in graduate, undergraduate and general education classes. Dr. Möbius currently serves on the Solar and Heliospheric Panel for the National Research Council (NRC) Decadal Survey of Heliophysics. He has previously served various committees and panels for NASA, IAGA, the NRC, and the University of New Hampshire. Dr. Möbius is author and co-author on more than 300 scientific papers ranging from laboratory plasma to magnetospheric, solar, and heliospheric topics. 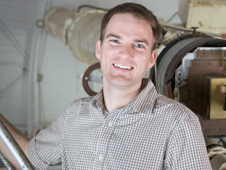 › View larger
Seth Redfield Seth Redfield is an Assistant Professor in the Astronomy Department at Wesleyan University, which is home to the Van Vleck Observatory. He earned a B.S. Degree in Physics and Astrophysics from Tufts University as well as a B.M. from The New England Conservatory as part of their joint degree program. In 2003, he received his Ph.D. from the University of Colorado after completing a thesis under the direction of Jeffrey L. Linsky on the physical properties of gas and dust in the interstellar space between the stars. His graduate work was partially funded by a NASA Graduate Student Researchers Program (GSRP) Fellowship.

Prof. Redfield was awarded the Harlan J. Smith Postdoctoral Fellowship from the University of Texas and McDonald Observatory, and later was awarded the Hubble Postdoctral Fellowship, which he held at the University of Texas from 2005 to 2008. He utilizes small (e.g., the 0.6-meter diameter Perkin Telescope on the Wesleyan University campus) to large (e.g., the 9.2-meter diameter Hobby-Eberly Telescope at McDonald Observatory) ground-based telescopes, as well as telescopes in orbit around the Earth (e.g., the Hubble Space Telescope) to study the atmospheres of planets orbiting distant stars, and the properties of the gas and dust in our most immediate galactic neighborhood. He has over 40 publications, and has enjoyed continuous funding from the National Science Foundation (NSF) and the NASA. His contributions to the professional community have included service on several committees for NASA, NSF, the National Optical Astronomy Observatory (NOAO), and American Astronomical Society (AAS).