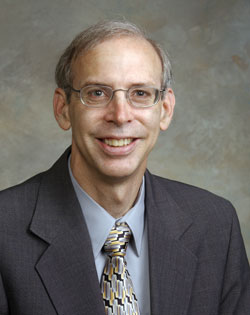 Rich Blakeslee is a senior atmospheric researcher at NASA’s Marshall Space Flight Center in Huntsville, Ala. On behalf of the Marshall Center, Blakeslee conducts research at the National Space Science and Technology Center (NSSTC), the Huntsville-based research facility cooperatively managed by Marshall and Alabama research universities.

In July 2005, Blakeslee participated in the month-long Tropical Cloud Systems and Processes mission to Costa Rica – a study of hurricane genesis and lifecycle behavior that could shed new light on the origins of these massive superstorms, and help protect lives and property in the future.

Blakeslee was principal investigator during the mission for the airborne Lightning Instrument Package, one of a host of data-gathering instruments flown on board NASA's high-altitude ER-2 research airplane. The instrument payload enabled Blakeslee and his colleagues to monitor buildups of electrical charges in the tropical storms, and to witness some of the most remarkable lightning activity and highest electric fields ever observed in an oceanic storm.

Since 1984, Blakeslee has been a member of a team that actively pursues development of space-based lightning detection as a remote-sensing tool for Earth science research and operations applications. This effort has resulted in two low-Earth-orbiting lightning systems establishing the proof-of-concept for making high spatial and temporal lightning measurements from space-based observing platforms.

Blakeslee was the principal scientist in 2003 on the Altus Cumulus Electrification Study (ACES) in Key West, Fla., NASA’s first use of unpiloted aerial vehicles to study thunderstorms and severe weather in south Florida. The project was a joint effort by researchers from NASA, universities and industry.

Blakeslee’s extensive field experience also includes serving as mission scientist in 1986 during the Cooperative Huntsville Meteorological Experiment (COHMEX). Designed to investigate the dynamics, microphysics and electrical evolution of electrical storms, COHMEX integrated the airborne data retrieval of the Lightning Instrument Package, as well as ground-based lightning measurement at the Marshall Center and in the Huntsville area.

A native of Delaware, Ohio, Blakeslee earned his bachelor's degree in physics from Miami-Ohio University in Oxford, Ohio, in 1974. He earned a master's degree and doctorate in atmospheric physics from the University of Arizona in Tucson in 1976 and 1984, respectively. He joined NASA in 1986. Currently, he holds one patent and is the author or co-author of nearly 30 research publications.