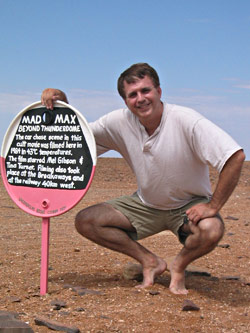 David Adamec is head of the Ocean Sciences Branch at NASA Goddard Space Flight Center, Greenbelt, Md., and has worked as a physical oceanographer at NASA since 1988. From 1991-1994 he managed NASA's Physical Oceanography Program at NASA Headquarters, Washington.

He is a member of the science team for NASA's ocean surface topography missions, studying the ocean's general circulation He has also worked for NASA's Carbon Cycling Program, conducting studies of dissolved carbon dioxide in the surface ocean. Adamec is currently leading research on the role of salinity in seasonal-to-interannual variability of the Pacific Ocean in support of NASA's upcoming Aquarius satellite mission.

In addition, he is involved with NASA's seasonal-to-interannual prediction efforts for forecasting coupled atmosphere-ocean variability related to El Niño and La Niña. He served as a member of NASA's Space Architect Committee, a group that devised the agency's long range plans for developments in space.

Adamec has frequently appeared on the major television networks discussing different aspects of NASA's Earth science program. He has served as the technical consultant for an ocean exhibit at the Smithsonian Museum of Natural History and a children's book on El Niño.