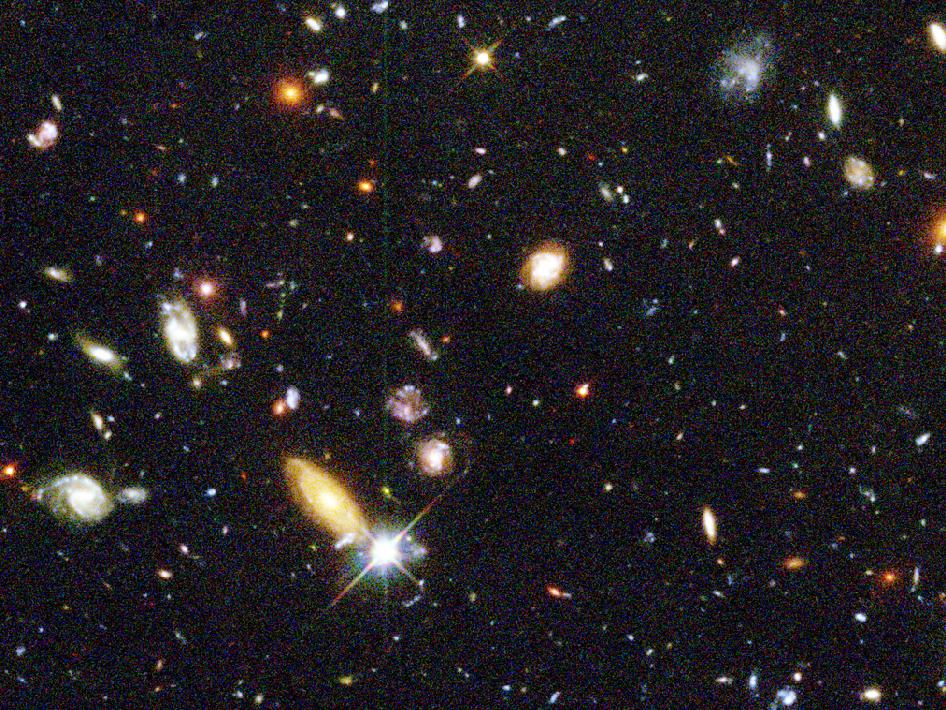 Several hundred never-before-seen galaxies are visible in this "deepest-ever" view of the universe, called the Hubble Deep Field. The image was assembled from 342 separate exposures taken by the Wide Field and Planetary Camera 2 over ten consecutive days in December 1995. Besides the classical spiral and elliptical shaped galaxies, there is a bewildering variety of other galaxy shapes and colors that are important clues to understanding the evolution of the universe. Some of the galaxies may have formed less that one billion years after the Big Bang.

Representing a narrow "keyhole" view all the way to the visible horizon of the universe, the image covers a speck of sky 1/30th the diameter of the full moon (about 25% of the entire Deep Field image is shown here). This is so narrow, just a few foreground stars in our Milky Way galaxy are visible and are vastly outnumbered by the menagerie of far more distant galaxies, some nearly four billion times fainter than the limits of human vision. Though the field is a very small sample of sky area it is considered representative of the typical distribution of galaxies in space because the universe, statistically, looks the same in all directions.