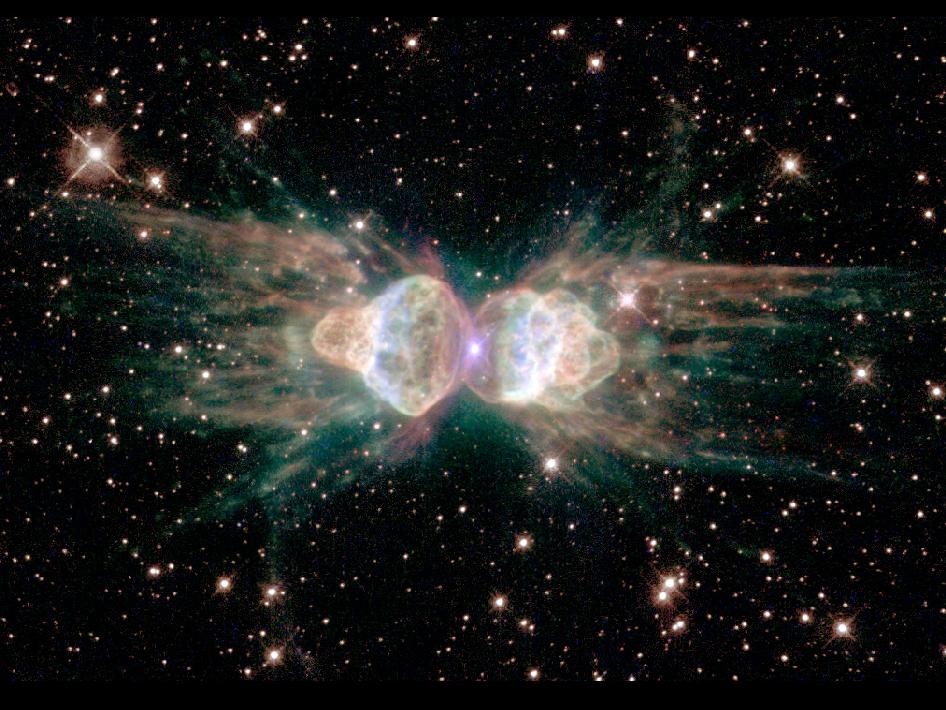 From ground-based telescopes, the so-called "ant nebula" (Menzel 3, or Mz 3) resembles the head and thorax of a garden-variety ant. This dramatic NASA/ESA Hubble Space Telescope image taken with the Wide Field and Planetary Camera 2, reveals the "ant's" body as a pair of fiery lobes protruding from a dying, sun-like star. Though approaching the violence of an explosion, the ejection of gas from the dying star at the center of Mz 3 has intriguing symmetrical patterns unlike the chaotic patterns expected from an ordinary explosion. Scientists using Hubble would like to understand how a spherical star can produce such prominent, non-spherical symmetries in the gas that it ejects.