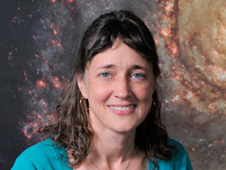 Can you provide some basic information about the Hubble?

The Hubble Space Telescope was launched in 1990, aboard a NASA space shuttle. It is a satellite orbiting the Earth every 90 minutes. Instruments like cameras and spectrographs on board observe objects in space, getting a clear view because the telescope is above the Earth's atmosphere and clouds. The telescope transmits its observations to receivers on the ground, and then scientists and the public can view the images and analyze the data.

What is Hubble's Lifetime?

When Hubble was originally launched, the goal was for the telescope to operate at least 15 years, but possibly much longer. It has now been in operation 23 years, and we anticipate several more years of good operation. The reason it could last so long is that the telescope was designed to be visited by astronauts every few years. The astronauts have been able to put in new instruments, repair other malfunctioning instruments, and refurbish the telescope five times since launch, making it like a new telescope each time.

Hubble is working very well right now; in fact, with new instruments installed just four years ago (2009) during the last astronaut servicing mission, Hubble has become more scientifically powerful than ever. We expect the telescope to keep working well for years leading up to (and hopefully beyond) the launch of the next major flagship space telescope, the James Webb Space Telescope, which is scheduled for launch in 2018.

The Hubble Space Telescope floats against the background of Earth after a week of repair and upgrade by Space Shuttle Columbia astronauts in 2002. Credit: NASA/STSCI
› Larger image Can you cite some of Hubble's most astounding discoveries?

Some of the most profound discoveries include these:
Where can I find images and more information about Hubble and its discoveries?

You can find spectacular images and information about the Hubble Space Telescope at http://hubblesite.org or www.nasa.gov/hubble.

For the Hubble story, visit:
http://www.nasa.gov/mission_pages/hubble/story/the_story.html
› Back To Top