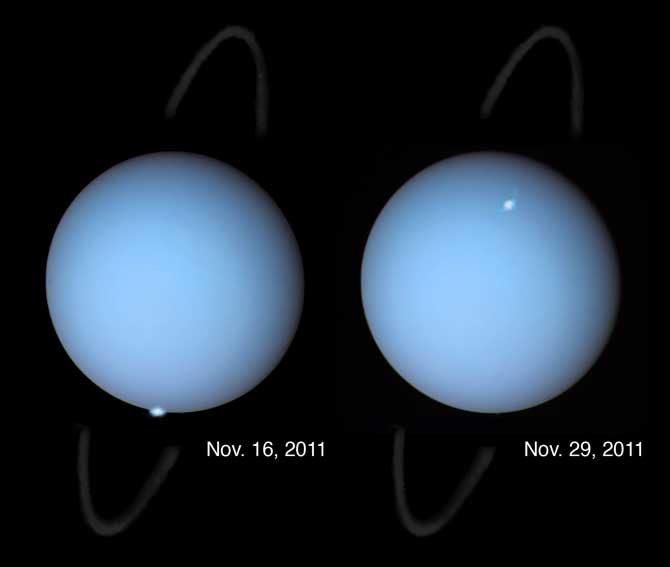 These are among the first clear images, taken from the distance of Earth, to show aurorae on the planet Uranus. Aurorae are produced when high-energy particles from the Sun cascade along magnetic field lines into a planet's upper atmosphere. This causes the planet's atmospheric gasses to fluoresce. The ultraviolet images were taken at the time of heightened solar activity in November 2011 that successively buffeted the Earth, Jupiter, and Uranus with a gusher of charged particles from the Sun. Because Uranus' magnetic field is inclined 59 degrees to its spin axis, the auroral spots appear far from the planet's north and south poles. This composite image combines 2011 Hubble observations of the aurorae in visible and ultraviolet light, 1986 Voyager 2 photos of the cyan disk of Uranus as seen in visible light, and 2011 Gemini Observatory observations of the faint ring system as seen in infrared light.