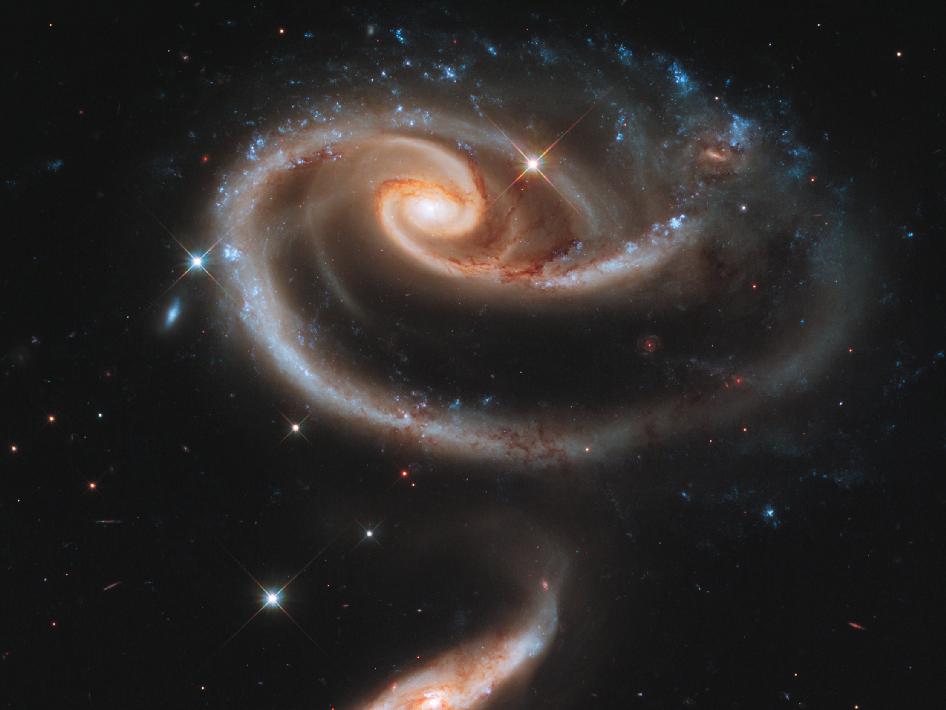 To celebrate the 21st anniversary of the Hubble Space Telescope's deployment into space, astronomers at the Space Telescope Science Institute in Baltimore, Md., pointed Hubble's eye at an especially photogenic pair of interacting galaxies called Arp 273. The larger of the spiral galaxies, known as UGC 1810, has a disk that is distorted into a rose-like shape by the gravitational tidal pull of the companion galaxy below it, known as UGC 1813. This image is a composite of Hubble Wide Field Camera 3 data taken on December 17, 2010, with three separate filters that allow a broad range of wavelengths covering the ultraviolet, blue, and red portions of the spectrum.