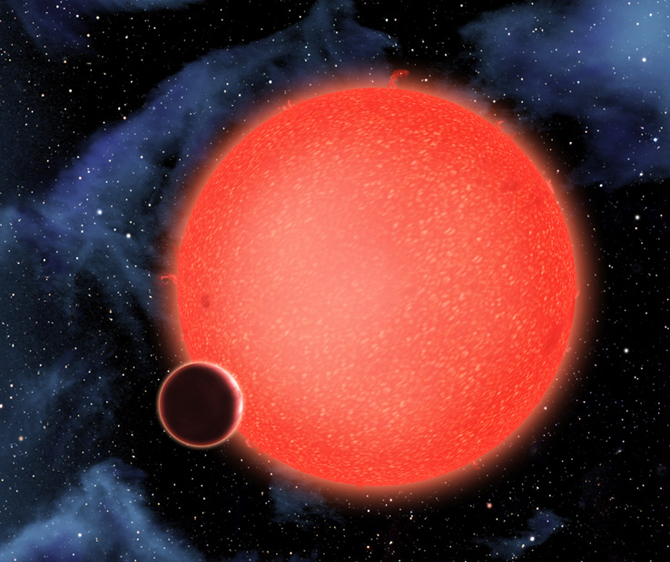 GJ1214b, shown in this artist's view, is a super-Earth orbiting a red dwarf star 40 light-years from Earth. New observations from NASA's Hubble Space Telescope show that it is a waterworld enshrouded by a thick, steamy atmosphere. GJ1214b represents a new type of planet, like nothing seen in our solar system or any other planetary system currently known.

The planet was discovered by the ground-based MEarth Project in 2009.

Full release: http://www.spacetelescope.org/news/heic1204/
› Back To Top