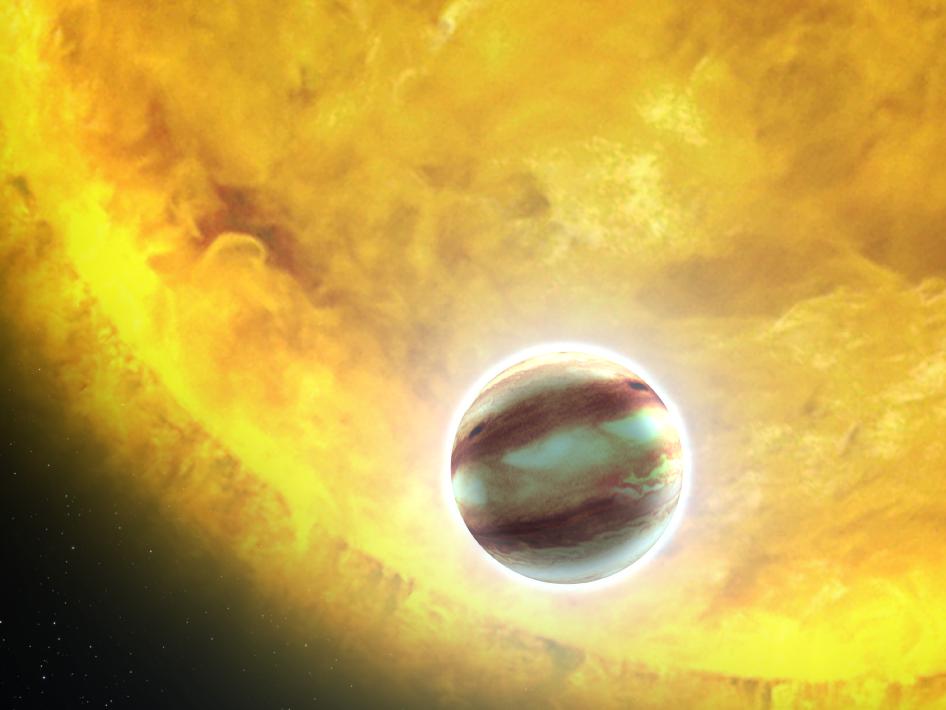 NASA's Hubble Space Telescope reached its millionth science observation on July 4, 2011, during a search for water in the atmosphere of an exoplanet (a planet outside our solar system) 1,000 light-years away.

This is an artist's concept of that planet, HAT-P-7b. It is a "hot Jupiter" class planet orbiting a star that is much hotter than our sun. Hubble Space Telescope's millionth science observation was trained on this planet to look for the presence of water vapor and to study the planet's atmospheric structure via spectroscopy. Planets with orbits inclined nearly edge-on to Earth can be observed passing in front of and behind their stars. This allows for the planetary atmospheres to be studied by Hubble's spectrometers. Hubble's unique capabilities allow astronomers to do follow-up observations of exoplanets to characterize the composition and structure of their atmospheres.