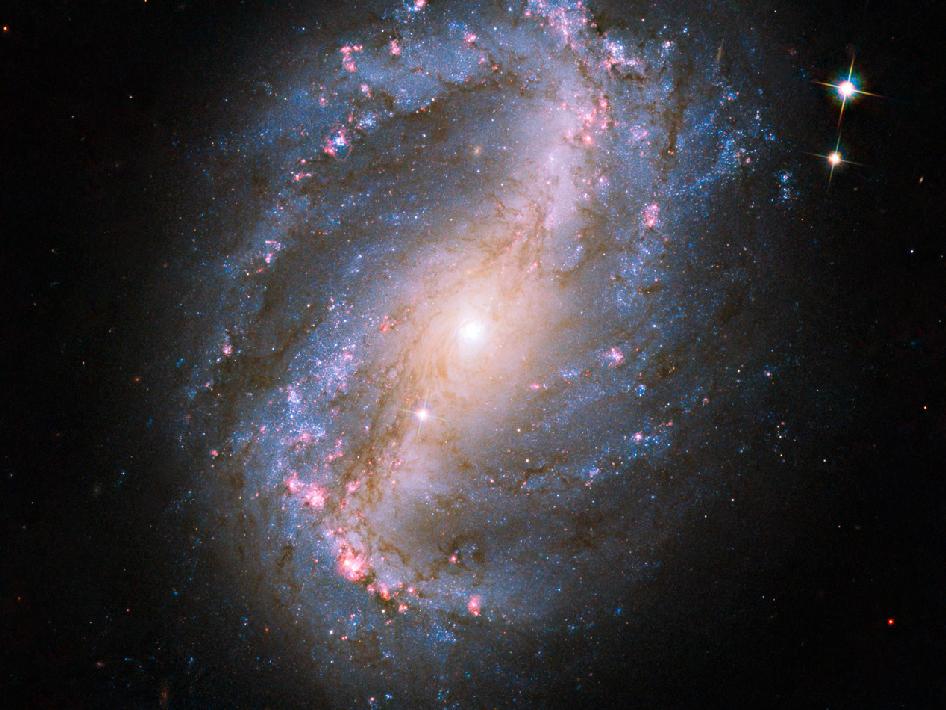 This image of barred spiral galaxy NGC 6217 is the first image of a celestial object taken with the newly repaired Advanced Camera for Surveys (ACS) aboard the Hubble Space Telescope. The camera was restored to operation during the STS-125 servicing mission in May to upgrade Hubble.

The barred spiral galaxy NGC 6217 was photographed on June 13 and July 8, 2009, as part of the initial testing and calibration of Hubble's ACS.

The galaxy lies 60 million light-years away in the north circumpolar constellation Ursa Minor.