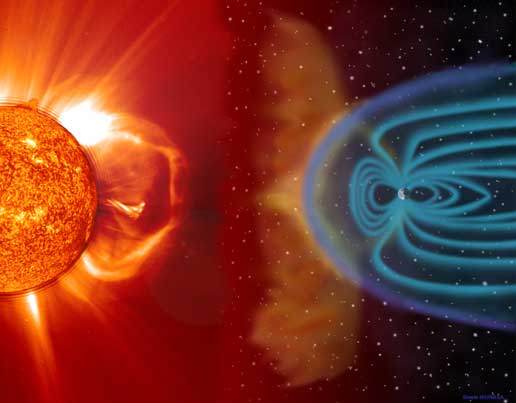 Using the suite of instruments on board Solar-B, scientists will study solar activity including coronal mass ejections. When these blast through the sun's outer atmosphere and plow toward Earth at speeds of thousands of miles per second, the resulting effects can be harmful to communication satellites and astronauts outside the Earth's magnetosphere. On the ground, the magnetic storm wrought by these solar particles can knock out electric power. A better understanding of this solar activity could give people on Earth more time to prepare by placing satellites in a safe configuration, planning the best time for astronaut space walks or rocket launches, and implementing contingency plans to deal with any power outages.