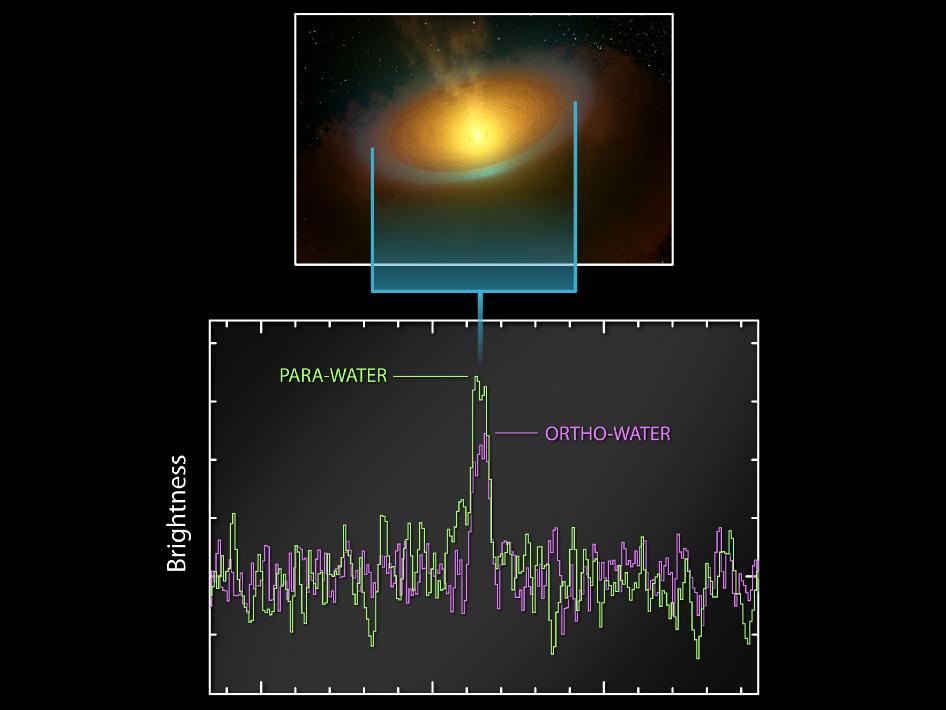 Using the Herschel Space Observatory, astronomers have detected the emission from cold water vapor in the planet-forming disk around the young star TW Hydrae. The vapor arises from a vast reservoir of icy grains, which interacts with ultraviolet light from the central star. These grains should ultimately coalesce into icy comets.

This graph of data from Herschel shows how the cool water vapor was detected. Water molecules come in two "spin" forms, called ortho and para, in which the two spins of the hydrogen nuclei have different orientations. In this case, the team compared the ratio of ortho to para water seen in the TW Hydrae disk to that in comets, and found very low values. Lower ratios indicate cooler temperatures, though in practice the analysis is much more complicated. This is the first demonstration that water exists in large quantities in the frigid, outer regions of solar systems, where comets take shape.