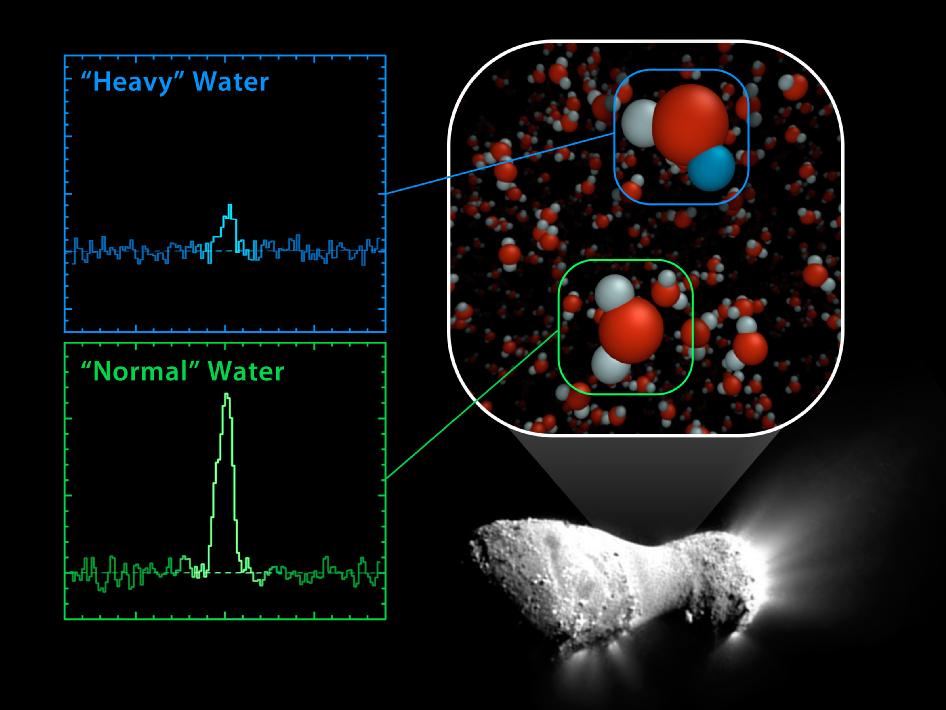 Using the Herschel Space Observatory, astronomers have discovered that comet Hartley 2 possesses a ratio of "heavy water" to light, or normal, water that matches what's found in Earth's oceans. In heavy water, one of the two hydrogen atoms has been replaced by the heavy hydrogen isotope known as deuterium. Hartley 2 contains half as much heavy water as other comets analyzed to date

Herschel's "Heterodyne Instrument for the Far Infrared," or HIFI, was used to obtain the spectral signatures of the water molecules, as shown here in the graphs. The image of comet Harley 2 was taken by NASA's EPOXI mission.