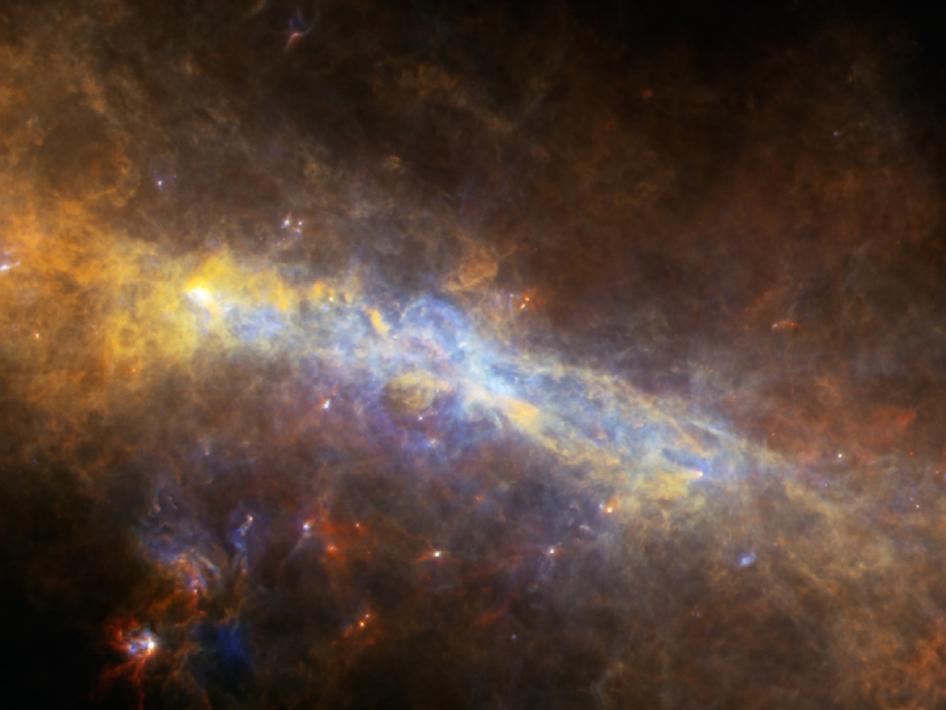 The Case of the Warped Galactic Ring

In a strange twist of science, astronomers using the Herschel Space Observatory have discovered that a suspected ring at the center of our galaxy is warped for reasons they cannot explain. This image from Herschel, an infrared European Space Agency-led mission with important NASA contributions, reveals the ring with greater clarity than ever before. It can be seen as the yellow loop that appears to have two lobes (see annotated version). In fact, the ring, which is a collection of very dense and cold gas and dust, is twisted so that part of it rises above and below the plane of our Milky Way galaxy.

Previous observations had revealed portions of the ring. Herschel sees long-wavelength infrared light, which can penetrate through the murky region at the center of our galaxy, allowing Herschel to get a more complete view.

Astronomers aren't sure how rings like this form in galaxies but some theories suggest they arise out of gravitational disturbances with neighboring galaxies. New stars are thought to be forming in the dense gas making up the ring.

The ring stretches across more than 600 light-years of space, and is about 15 Kelvin (minus 433 degrees Fahrenheit). The warmest material in this picture is blue, and the coldest is red.