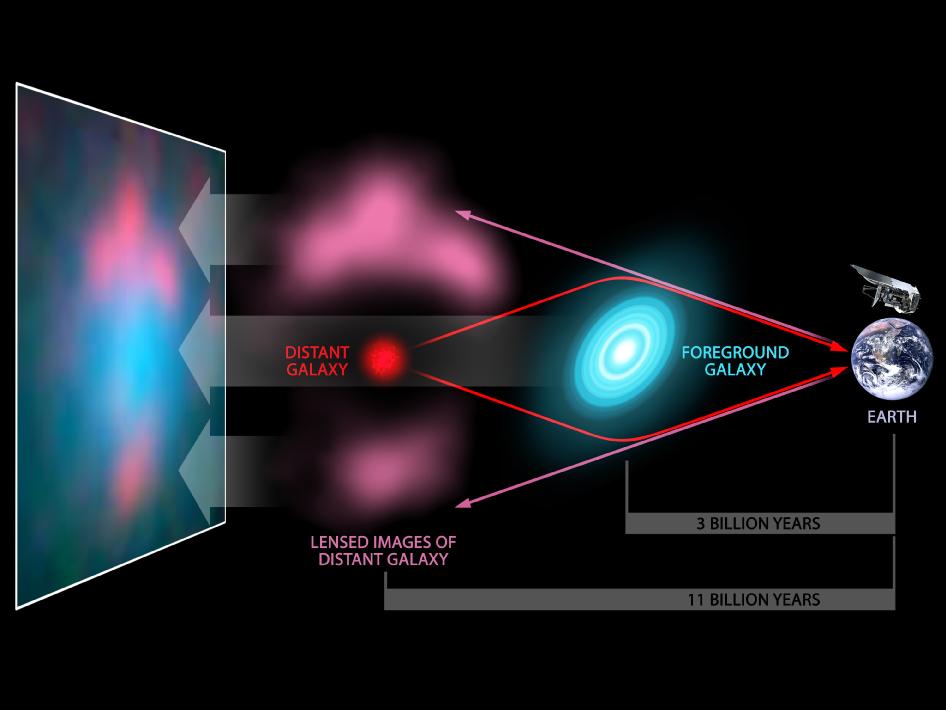 Distortions of a Distant Galaxy

This diagram illustrates a cosmic phenomenon known as gravitational lensing, in which a galaxy magnifies a second, more distant galaxy, making it appear brighter and easier to study. The Herschel Space Observatory turns out to be particularly good at spotting these distant "lensed" galaxies. It has discovered five new ones, and is expected to find many more.

In the diagram, the Herschel telescope and Earth are shown to the right. A foreground galaxy is shown in blue, located approximately three billion light-years away (its light took three billion years to reach us). A more distant galaxy, about 11 billion light-years away, is shown in red. The gravity of the foreground galaxy bends the light from the distant one, as shown with the red lines. The pink lines show what we actually see -- a distorted and magnified view of the distant galaxy. An example of a final image taken by ground-based telescopes is at the far left.