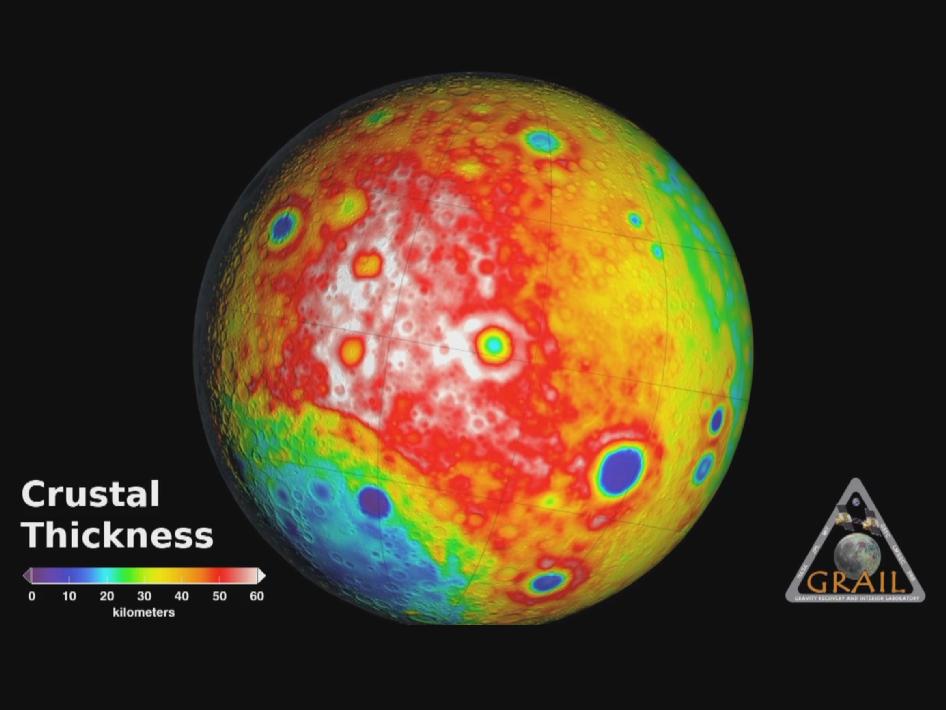 This animation starts on the nearside hemisphere and then rotates to show the entire moon. Regions of crustal thinning in blue are associated with several large impact basins several hundreds of kilometer in diameter. The far side differs from the near side by having a higher than average crustal thickness (in red).