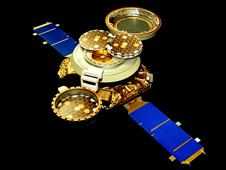 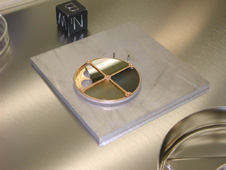 PASADENA, Calif. - Researchers analyzing samples returned by NASA's 2004 Genesis mission have discovered that our sun and its inner planets may have formed differently than previously thought.

Data revealed differences between the sun and planets in oxygen and nitrogen, which are two of the most abundant elements in our solar system. Although the difference is slight, the implications could help determine how our solar system evolved.

"We found that Earth, the moon, as well as Martian and other meteorites which are samples of asteroids, have a lower concentration of the O-16 than does the sun," said Kevin McKeegan, a Genesis co-investigator from UCLA, and the lead author of one of two Science papers published this week. "The implication is that we did not form out of the same solar nebula materials that created the sun -- just how and why remains to be discovered."

The air on Earth contains three different kinds of oxygen atoms which are differentiated by the number of neutrons they contain. Nearly 100 percent of oxygen atoms in the solar system are composed of O-16, but there are also tiny amounts of more exotic oxygen isotopes called O-17 and O-18. Researchers studying the oxygen of Genesis samples found that the percentage of O-16 in the sun is slightly higher than on Earth or on other terrestrial planets. The other isotopes' percentages were slightly lower.

Another paper detailed differences between the sun and planets in the element nitrogen. Like oxygen, nitrogen has one isotope, N-14, that makes up nearly 100 percent of the atoms in the solar system, but there is also a tiny amount of N-15. Researchers studying the same samples saw that when compared to Earth's atmosphere, nitrogen in the sun and Jupiter has slightly more N-14, but 40 percent less N-15. Both the sun and Jupiter appear to have the same nitrogen composition. As is the case for oxygen, Earth and the rest of the inner solar system are very different in nitrogen.

"These findings show that all solar system objects including the terrestrial planets, meteorites and comets are anomalous compared to the initial composition of the nebula from which the solar system formed," said Bernard Marty, a Genesis co-investigator from Centre de Recherches Pétrographiques et Géochimiques and the lead author of the other new Science paper. "Understanding the cause of such a heterogeneity will impact our view on the formation of the solar system."

Data were obtained from analysis of samples Genesis collected from the solar wind, or material ejected from the outer portion of the sun. This material can be thought of as a fossil of our nebula because the preponderance of scientific evidence suggests that the outer layer of our sun has not changed measurably for billions of years.

"The sun houses more than 99 percent of the material currently in our solar system, so it's a good idea to get to know it better," said Genesis Principal Investigator Don Burnett of the California Institute of Technology, Pasadena, Calif. "While it was more challenging than expected, we have answered some important questions, and like all successful missions, generated plenty more."

Genesis launched in August 2000. The spacecraft traveled to Earth's L1 Lagrange Point about 1 million miles from Earth, where it remained for 886 days between 2001 and 2004, passively collecting solar-wind samples.

On Sept. 8, 2004, the spacecraft released a sample return capsule, which entered Earth's atmosphere. Although the capsule made a hard landing as a result of a failed parachute in the Utah Test and Training Range in Dugway, Utah, it marked NASA's first sample return since the final Apollo lunar mission in 1972, and the first material collected beyond the moon. NASA's Johnson Space Center in Houston curates the samples and supports analysis and sample allocation.

For more information on the Genesis mission, visit: http://genesismission.jpl.nasa.gov .