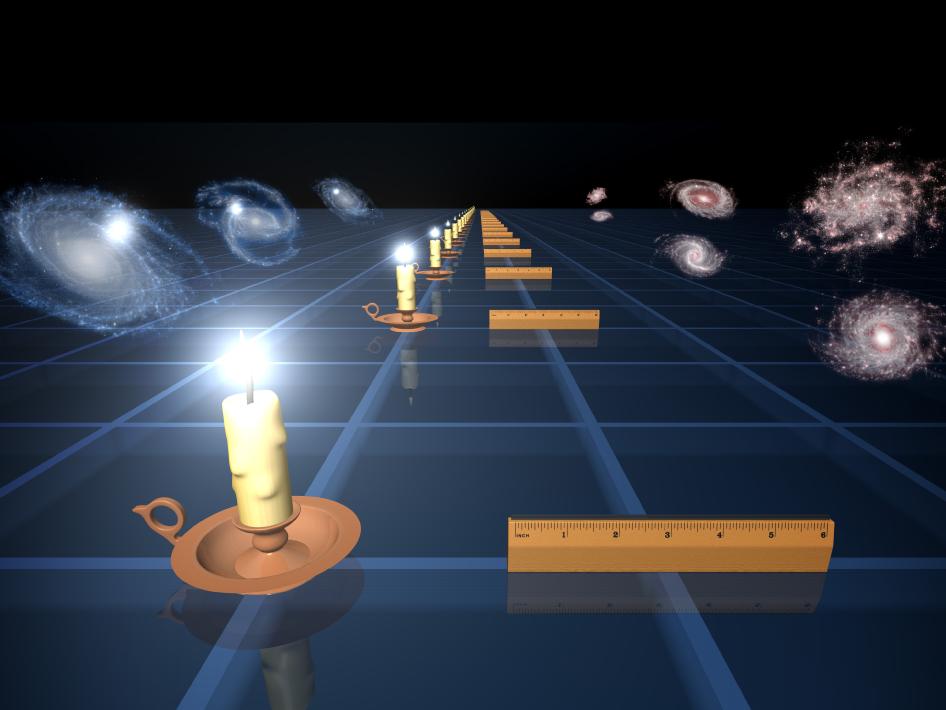 How to Measure the Universe

This diagram illustrates two ways to measure how fast the universe is expanding. In the past, distant supernovae, or exploded stars, have been used as "standard candles" to measure distances in the universe, and to determine that its expansion is actually speeding up. The supernovae glow with the same intrinsic brightness, so by measuring how bright they appear on the sky, astronomers can tell how far away they are. This is similar to a standard candle appearing fainter at greater distances (left-hand illustration).

In a new survey from NASA's Galaxy Evolution Explorer and the Anglo-Australian Telescope atop Siding Spring Mountain in Australia, the distances to galaxies were measured using a "standard ruler" (right-hand illustration). This method is based on the preference for pairs of galaxies to be separated by a distance of 490 million light-years today. The separation appears to get smaller as the galaxies move farther away, just like a ruler of fixed length (right-hand illustration).